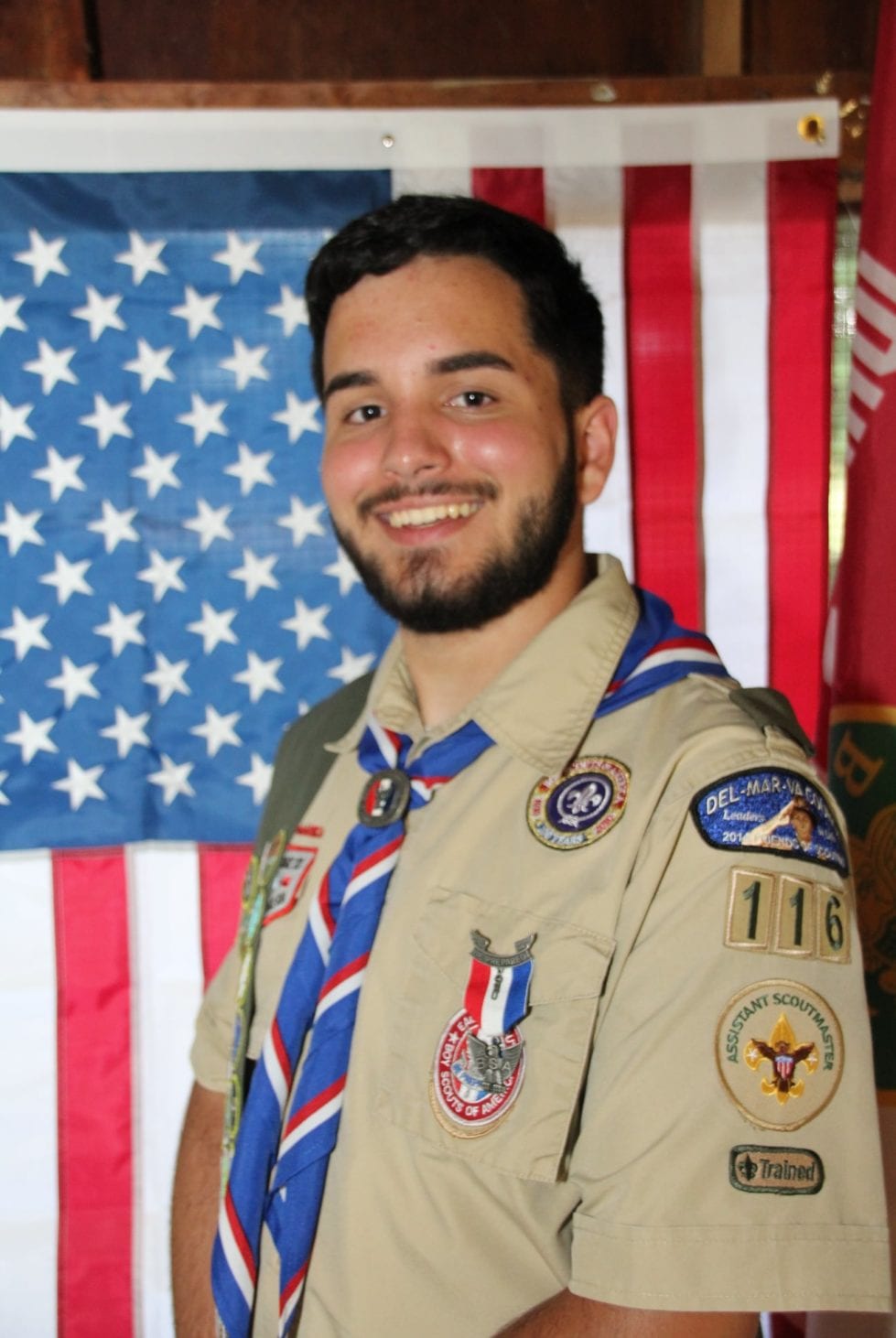 Zach Stutzman explained that he did not join Boy Scouts to one day become an Eagle Scout, but when he reached the age of 13, he became inspired when he helped another scout earn his rank. After seeing the benefits to the community in earning Eagle Scout, Stutzman decided he would work toward the goal.

“My project involved turning an old volleyball net at the Elks Lodge into a soccer net with multiple sections in the middle of the lodge so they could hold Soccer Shoot Out competitions for the community,” Stutzman said. “The lodge had tried to build this type of net before, but they had never found a material that was both sturdy enough for use and also light enough to put away when not in use. I came to solve this problem and finish the new net in time for their Soccer shootout.”

Stutzman explained that the biggest challenge was trying to figure out what material to use for the section dividers in the middle of the net.

“In the pictures I had seen, most lodges use PVC pipe,” Stutzman said. “The only issue with PVC was that the Milford Lodge had tried using it before and it simply wasn’t durable enough for extended use. I ended up going with wire rope because it is easy to work with, flexible and very strong.”

The best part about the project was the final step, when Stutzman was required to present his project to the Eagle Scout Board of Review. During this step, he was interviewed by several scoutmasters, ex-scoutmasters and officials from the local DelMarVa Scouting Council. He stated that many of their questions involved reflection on his scouting career as well as looking forward to his future plans. He explained that the experience gave a sense of completion to his scouting journey and wrapped up the trail to Eagle Scout nicely.

“I think Eagle will most help me by serving as a reminder of my scouting career and the many lessons that I have learned in leadership, citizenship, service to others, outdoorsmanship and so much more,” Stutzman said. “Scouting has taught me so much just by throwing me into the outdoors with friends, and my Eagle Scout badge will always remind me of that.”

Stutzman has lived in Milford his entire life with his mother, stepfather, father and two brothers, Luke and Benji. He graduated from Milford High School this year, ranking 26th in his class, and plans to attend Delaware Tech in the fall to study human services. He hopes to become a social worker in the future. He spends his free time with friends, tinkering on computers and listening to music.

“If you are at all interested in working towards Eagle, whether as a scout or not, you need to remember one thing,” Stutzman said. “The hardest part is just starting. Just take that first step on the trail toward Eagle and you will already have climbed the largest mountain, whether that means starting your Eagle project, earning your first scouting rank or getting in contact with your local troop or pack.”

Anyone who is interested in scouting, male or female, can reach out to Stutzman at zackstutzman0[email protected] or call him at 302-632-7896.