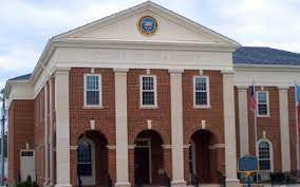 Following New Castle and Kent Counties, Sussex County agreed on April 13 to reassess the value of all real property, the first assessment that has been done in the county since 1974. The decision was in response to a Chancery Court decision that all three Delaware counties violated the law by assessing property far below the market value. The lawsuit was filed by the National Association for the Advancement of Colored People (NAACP) and Delawareans for Educational Opportunity, claiming that low income students perform poorly on state achievement tests as they live in areas that receive less funding than wealthier districts.

“I’ve read the briefs in the case, and the tenor of the court have made it clear that we won’t prevail in pursuing this litigation,” Sussex County Councilman Mark Schaeffer said. “And I, in good conscience, can’t continue spending taxpayers’ dollars to fight a losing cause.” Schaeffer’s statement was echoed by Sussex County Council President Michael Vincent who admitted no one on council was “looking forward to doing this, but the lawsuit is the lawsuit.”

The cost for the reassessment is $9 million and the cost will be paid out of general reserves. The settlement will be finalized with the litigants and filed with the court over the next week. Once complete, the County will begin the evaluation of vendors to perform its first genral reassessment in almost 50 years. The process is expected to begin later in 2021 with completion planned for 2024.

“This is not a decision today that we take lightly, nor is it one we frankly welcome,” Councilman Vincent said. “This will have real implications for every property owner in Sussex County and across the state. Unfortunately, the court did not rule in our favor, and while we may disagree with the outcome that now ties our collective hands, the reality is our options moving forward were limited. We believe settling this case today will avoid any further costly legal battles, and that this step is ultimately in the best interest of the taxpayers we serve.”

Public opinion on the agreement was mixed with some residents concerned that their property values could rise significantly as the county catches up on a half century of upgrades while others see it as something that is long overdue. Others would prefer holding judgement until more information is known.

“I’d rather hear from people who have some actual knowledge of what this process is going to look like and what their outcomes will be,” Shawn Ray said. “That appears to be missing from the statewide reporting I have seen.”

Sara Croce, Chief Financial Officer for Milford School District, stated that this decision would have an impact on overall funding for schools.

“The reassessment of properties statewide will have an impact on the overall public education funding structure,” Croce said. “The updated property values will allow the funding structure to truly measure property wealth throughout the state and support school districts who require more state funds to operate their schools. The local tax rates will be adjusted to ensure that the district does not collect more than what was intended or allowable. We are thankful the state and county officials have recognized this need.”