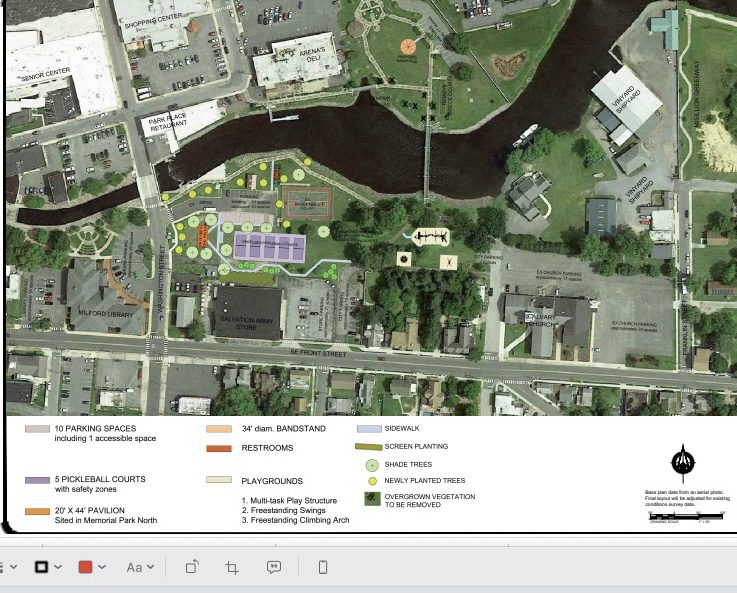 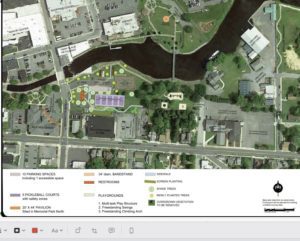 Milford City Council voted unanimously to approve Gateway Construction as the contractor to install recreational upgrades in downtown parks. The upgrades will include a playground and six additional pickleball courts in Memorial Park. This is phase one of the upgrades planned for Memorial Park which will also include a picnic pavilion, additional walkways and a rain garden.

“These are the nights when you can come to council and hopefully get something approved that is not costing the city a lot of money,” Brad Dennehy, Director of Parks and Recreation, said. “We recently held a bid opening for our playground and pickleball courts down on the river and it successfully came in a lot under budget. We initially thought it was going to be to the tune of $1.3 million, but we got a low bid from Gateway Construction Company who has been vetted and has a great reputation. With the bid and the cost of design work, I am humbly requesting approval of $705,781.”

Dennehy also pointed out that the city had received funding from DNREC as well as from RPT funding and the bond bill. He explained that applying for grants was a lot of work, but by doing their due diligence, they were able to save the city a large sum of money.

“This is a good one for the city and it’s been needed,” Dennehy said. “Hopefully, we will have a playground alongside the river and some pickleball courts as well.”

When asked how large the playground was, Dennehy explained that it was being designed for smaller children. The goal was to create an area in the park where families could have picnics, play basketball or pickleball while also using playground facilities.

“Congratulations to everyone who was involved in securing the additional funds even though we do have it in the reserves,” Councilman Jason James said. “This is a great job for the citizens all around.”

After unanimous approval to accept the low bid for the recreational facilities, Dennehy presented a resolution that would allow the city to receive $150,000 in grant funding that would reimburse a portion of the purchase price of the Sharp farm on Rehoboth Boulevard. The land, which is part of the Deep Branch and Herring Branch Greenway, is slated to remain greenspace in the city.

“We will be looking at entertaining a design professional to come up with designs for how we can best utilize that property,” Dennehy said. “That is something we’ll be coming back to council with after getting public input. We’ve already gotten lots of ideas thrown out there, but moving forward, we will need a cohesive plan.”

Councilman James asked if the city knew for sure this funding was coming when the land was purchased. City Manager Mark Whitfield stated that the city knew they had a “good shot” at it. Dennehy explained that the city could only apply for this grant funding once a year for a maximum of three projects and this was the third for Milford.