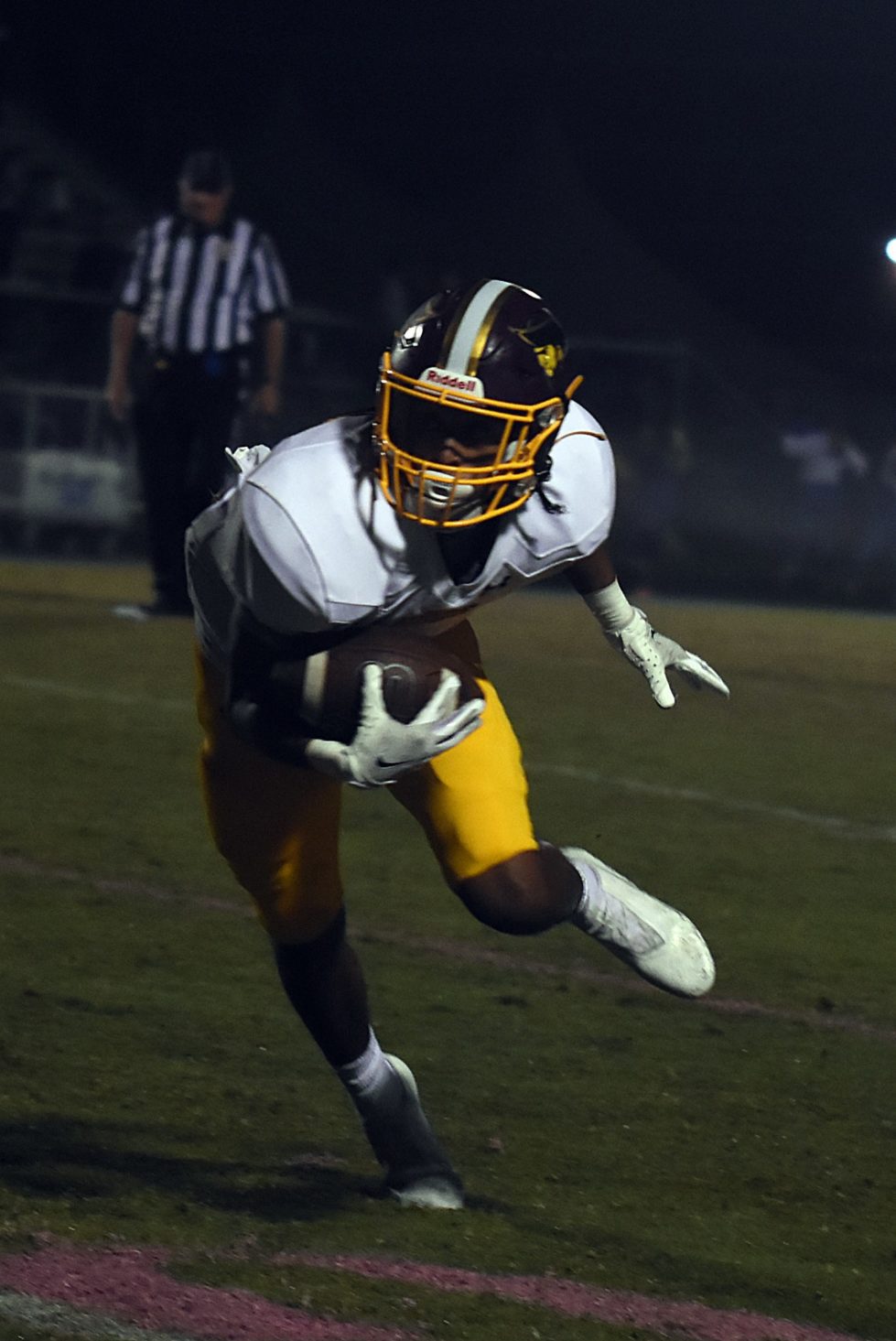 The Milford Buccaneers football team has been plagued by slow starts this football season, and last Friday night as Milford traveled to Sussex Central to battle the Golden Knights for their homecoming game was no exception. While it was going to be no easy task for Milford to stay with the defending state champions in Delaware’s top division, Milford never gave itself a chance. The game felt like it was over before it even started as the Buccaneer offense could do virtually nothing against a stout Knights defense for almost the entire first half of their 31-7 road defeat.

While credit must be given to the Knights, who were far superior on the night, Milford needs to reflect on its own shortcomings which prevented it from ever appearing competitive in the game. Be it dropped passes, ill-timed penalties or blown assignments, Milford was stagnant for almost the entire first half. The proof came in this one glaring stat; Milford got its initial first down of the game with 1:10 remaining in the second quarter. “There is no doubt about it, we were completely flat during the first half. It is a problem we have been dealing with for most of the season, but it really showed tonight. It honestly felt like a lot of the guys just didn’t have their heads in the game and we simply could not get them to focus,” Coach Shaun Strickland said.

The onslaught began almost immediately as Central was able to drive the ball almost at will down the Milford defense’s throat. Junior Patrick Henry would get the ball rolling after he scored on a seven-yard touchdown run, capping a 60-yard Central drive that lasted only three plays. It would be the first of Henry’s three touchdowns and came just 9:03 into the game. Henry would score again with 4:50 remaining in the first quarter to make it 14-0. A 47-yard field goal ended the opening quarter.

The second quarter would be more of the same. While Milford did force one turnover, its offense kept going in the wrong direction. Meanwhile, Henry would add his third score while the other touchdown would come from Central junior Andrew Long who ripped off a 52-yard run through the sagging Milford defense. “That may have been the worst half of football we have played since I got here,” Strickland said. “It was unacceptable, and we have to be better than that if we want to get serious about these games coming up.”

With mostly the second string in for Central during the second half, Milford fared a little better with senior Aaron Sivels garnering Milford’s only score with just under five minutes remaining in the game.

The loss dropped the Bucs record to 3-2 (1-1) for the season and it has a much-needed week off coming up, as it attempts to correct the issues. “Besides how we played, we have been battling through some injuries, so this week off comes at a good time for us as we try and get things back on track.” Milford will host a stout Woodbridge squad, currently boasting a 5-0 (3-0) record in what will be the Buccaneers’ final home game of the season on Oct. 22.