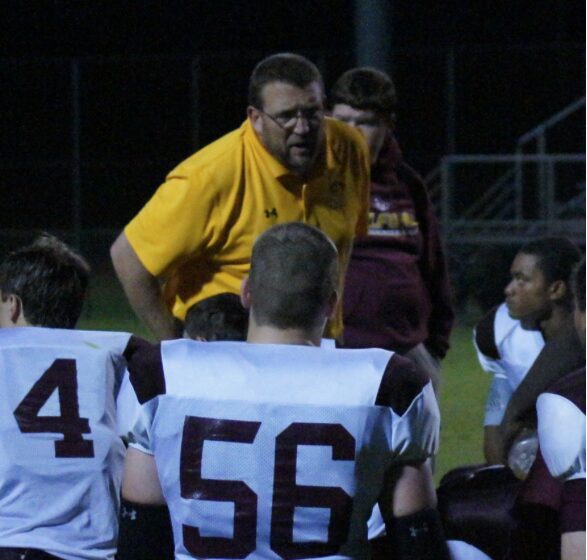 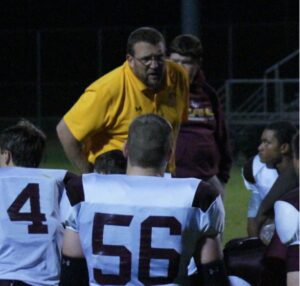 If ever there was a right place at the right time for a football coach, it was when Mike Tkach became the Head Coach at Milford High School entering the 2002 season. A program that had fallen down the ladder, and grown to be disrespected, Tkach was just the man for the job.

Growing up in Pennsylvania, Tkach was a solid football player on his own. Following High School, Tkach continued playing football and was a three year Letterman at Westchester College, now known as Westchester University. It was his love of the game that led Tkach into coaching. The route to the coaching ranks was not as straight-forward as most.

Starting out as an assistant trainer for the Atlanta Hawks of the NBA, and the Atlanta Knights of the IHL, Tkach thought he might have a shot of becoming a head trainer some day. Even though he enjoyed those jobs, Tkach kept going to coaching clinics and could not stay away from the thought of coaching.

In 2001 it was time to make a decision, and that decision was based on his family and his heart. He would pass on his shot at the “Big Time” and follow his heart. Circumstances led him to Milford in 2001 as an assistant coach. Just one year later he was appointed Head Coach, a position he would hold through 2014. When he first started the job it was a mixture of excitement and anxiety. However, once he got his plan in place it was full speed ahead.

It was a matter of getting the right assistant coaches, with Dr. David Carter being a crucial piece of the puzzle. “David was instrumental in getting players to come out to the football team, he really helped me in so many ways.,” Tkach said. While it wasn’t winning from the start, there was now a heartbeat in what was a dying football team. With each passing season, losing became winning. In 2007 Milford just missed out on a playoff spot. That was the bad news, the good news was most of those players were juniors and sophomores.”

In 2008 there was only one goal for the Buccaneers, and it was the D-II State Title. In the mind of Tkach, his coaches and most importantly his players anything less would be a failure. “That year we knew we had the talent, we just had to make sure we kept them focused and on target. We had a few bumpy moments, but come tournament time we were ready,” stated Tkach.

Milford would earn their long awaited State Title that year. And while it was satisfying for the players and the coaches, what surprised Tkach was how much it meant to Milford as a whole. “It was wonderful to see how much the town embraced us,” he said. “From signs and banners, to people coming up to me in the street, I knew it was something special.”

While Milford would never again reach those athletic heights under Tkach, that is far from his legacy at Milford. While winning the title was nice, it was his job as an educator that meant the most to him. “To see young men grow into adults, be key contributors in society is what it really has been about. You can’t put a price on any of that,” commented Tkach. “I don’t know what would have happened if I followed the path of being a pro athletic trainer, but I do know that I have been blessed to have met so many great individuals who are now making a difference in other peoples lives. I would hope that my mentor ship had at least a little to do with that.”

Another accomplishment for Tkach has been coaching in the Blue/Gold football game eight times “The DFRC is such a fantastic organization and the buddy program so special, those are moments I deeply cherish,” he said.

Following his time at Milford, Tkach coached at Caesar Rodney and Cape Henlopen. Since, he has stepped down from coaching, but does not know if he is quite finished yet. “I really do miss coaching, right now it simply isn’t on the table,” he stated. “But I can certainly see in the future, where I might want to get back into the game again.”

Through his side the entire time has been his wife Christy. “I honestly couldn’t have done any of this without her support, I can’t thank her enough.” he commented. The Tkach’s have three children, Patrick, Michael and Maggie