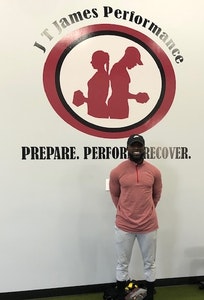 Milford City Council approved a conditional uses application that would allow for a new physical fitness building to be constructed in Independence Commons off of Airport Road. The new facility will house JT James Performance which is currently operating on Milford Harrington Highway next to EasySpeak. The request was from Councilman Jason James and his wife, Pamela, who would be the owners of record for the property while the business would be operated by their son, Joshua. Councilman James recused himself from the discussion and vote on the request. Tim Metzner of Davis, Bowen & Friedel, spoke on behalf of the James family.

“This request is to build a 4,000 square foot physical training facility,” Metzner said. “Right now, the owner has a space in the city of Milford and has outgrown that space, so they are looking to find another piece of property within the city. The building will consist of one office, two restrooms, a mechanical room and the remainder will be open. It is entered and exited off West Liberty Way where you come straight into a parking lot with a sidewalk. Water, sewer and electric is from the city of Milford. Stormwater drainage was already developed for Independence Commons and we will simply tie into that.”

Metzner explained that the hours of operation for the new building would be the same as they are at the current location, 6:30 AM to 7 PM. There would not be an unattended gym as all training sessions are by appointment only. The James family expects there to be no more than 25 people in the building at one time. The exterior of the building will be either split-face block, steel or a combination of the two. This would keep in character with other buildings in the business park and would look similar to the Boys and Girls Club.

“Clientele are referred by physicians or chiropractors for those who need additional work to get back to their top levels of play or fitness, and therefore, with the area, there are several doctors offices and other medical offices in this area so it does fit in character with the neighborhood,” Metzner said. When asked if only people who are referred by physicians could use the business, Metzner explained that anyone who felt they needed additional training or physical therapy could book an appointment so it would be open to the public on an appointment only basis.

Rob Pierce, City Planner, explained that the Planning Commission approved the conditional use. The request had been reviewed by DNREC, Kent Conservation, the Delaware Fire Marshal, Carlisle Fire Company, Division of Public Health, Milford School District as well as city staff who found no objection to the request. Metzner stated that the applicant hoped to complete construction of the new building by the end of the year if they received approvals. Pierce also stated that the final site plan would have to come before the Planning Commission but that plan would not need approval from City Council.

“What a wonderful opportunity,” Councilwoman Katrina Wilson said. “This will definitely enhance our city. Fitness centers are wonderful and positive places where we can go to keep our standard of living as best we can. I have been in the existing facility and am very proud of Joshua. I just think this is another wonderful business for Milford.”

Council approved the request with a vote of 7-0.

“It is nice to see an entrepreneur start a business, have the success he has had and already need more space, so congratulations to him,” Councilman Todd Culotta said.