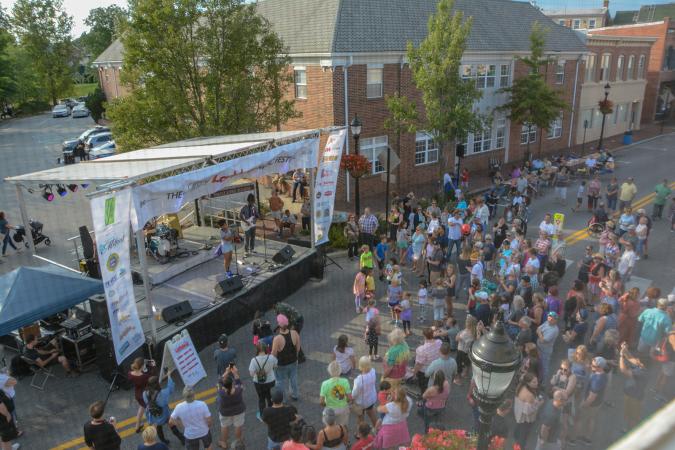 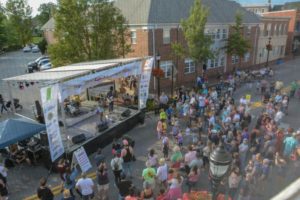 The very popular Ladybug Festival, an event that showcases female musical artists, will return to downtown Milford after a two year cancellation due to the pandemic. The festival will be held throughout the downtown area on Saturday, July 30 from 2:00 PM until 9:00 PM. The event is sponsored by Downtown Milford Inc. in conjunction with Gable Entertainment.

“The bands will be staged throughout downtown with a main stage on Walnut Street and a smaller stage on the north end of Walnut Street,” Peggy Reilly, chair of the event, said. “There will also be performances at six other locations throughout the festival. We are planning on having the same if not more people attending than in 2019 when we had over 5,000.”

DMI is currently seeking vendors for the event. They do not currently have a list of bands who will attend, but there are expected to be more than 40 groups performing different genres. There will be food trucks offering a wide range of options, including some ethnic choices. Walnut Street and Park Avenue will be closed to traffic for the event. In addition, three locations on Walnut Street will sell alcohol.

“The Richard Johnson Amphitheater at the Public Library will act as a secondary main stage,” Janne Collins, Executive Director of DMI, said. “Live music will be staggered with no breaks in the fun. Additionally, several local businesses will be hosting live entertainment during the event and those locations will be announced soon.”

Founded in 2012, the Ladybug Music Festival was originally held in Wilmington as a way to offer an alternative to Firefly, a music festival held at Dover Downs. Founders Gayle Dillman and Jeremy Hebbel of Gabel Entertainment, wanted to create a festival that focused on local, independent artist and was free to attend. Owners of Shops and Lofts in Wilmington, Michael and Debbie Schwartz, offered their location for a live block party and the Ladybug Festival was born.

“It’s so exciting to be able to continue to celebrate women in music across the state of Delaware,” Dillman said. “The feedback we got from attendees in 2019 was that Milford was such a beautiful and charming location for the event and we can’t wait to see everyone on July 30.”

Some of the acts that have appeared at past festivals include Vanessa Carlton, Larkin Poe, Kechi Okwuchi, KT Tunstall and Keri Hilson.

“The committee has been enjoying getting ready for this fabulous event,” Reilly said. “We are looking forward to a great event and hope that Milford will come out and support these amazing women.”