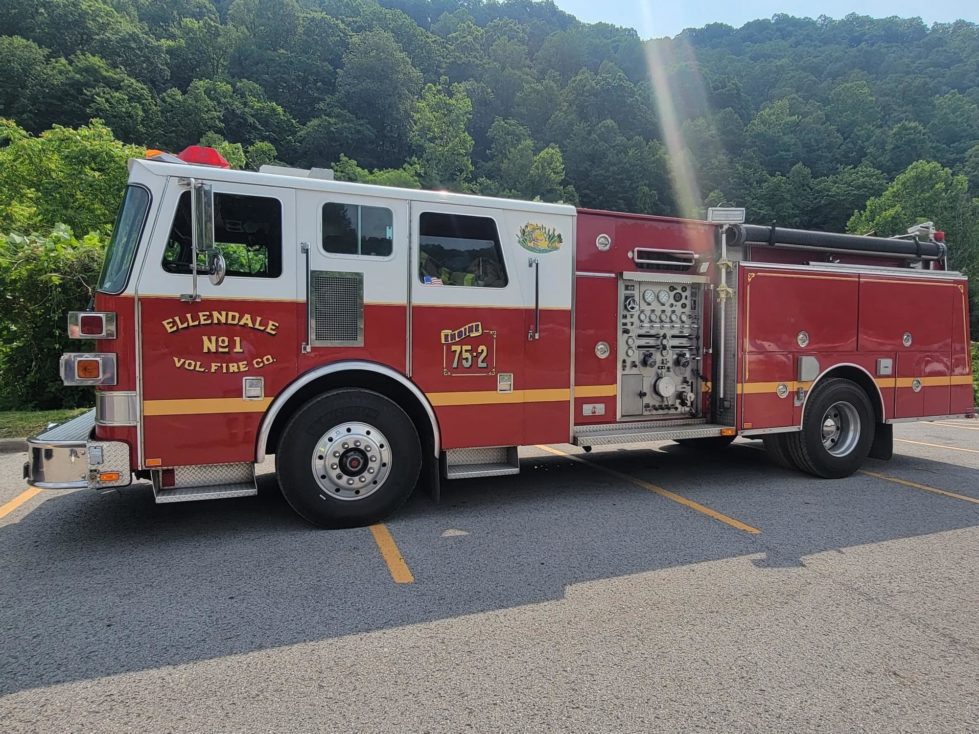 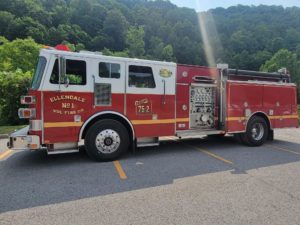 The last week of June, Ellendale Fire Company donated what was known as their Engine 75-2, to Blackberry Volunteer Fire Department in Ransom Kentucky. In addition to the truck donated by Ellendale, Milton Fire Department donated a considerable amount of hose and the Indian River Volunteer Fire Company donated gear and equipment. William M. Chambers & Son assisted in getting the truck to Kentucky. The Blackberry department lost their fire station in a flash flood on August 30, 2021.

“We decided to donate the truck for a couple reasons,” Aaron Moore, Second Assistant Chief of Ellendale Fire Company, said. “The market for used fire apparatus is pretty small. A truck you bought today for $500,000 will sell for maybe one-tenth of that, if you are lucky, 20 years from now. It will usually be sold to a dealer who will mark up the price and make it more prohibitive on smaller fire companies in areas of the country with less support than we enjoy in Delaware. Since we have that support through the legislature and our community, the membership felt that donating it to a company in need would be better use of the apparatus, especially when we learned that Blackberry Volunteer Fire Department receives only $11,000 a year from their state.”

The truck donated was a 1996 Sutphen Monarch and is more commonly known as a pumper. It carries a 1,250-gallon per minute pump and 1,260 gallon water tank.

“We learned about their need after news of their station being damaged, which was shared widely on social media in 2021. Unfortunately, their station was also damaged, so it took a year for them to be able to accept the truck because they had nowhere to park it,” Moore said. “The truck will allow the company to provide fire protection to their rural community in Kentucky. Thanks to the donations of hose from Milton Fire Department and gear from Indian River Volunteer Fire Company, they can outfit their firefighters with the required personal protective equipment and those firefighters will have the tools and truck needed to help save lives and property.”

Blackberry Volunteer Fire Company thanked Ellendale, Milton and Indian River for their generous donation as they continue to deal with the aftermath of last year’s flash flood.