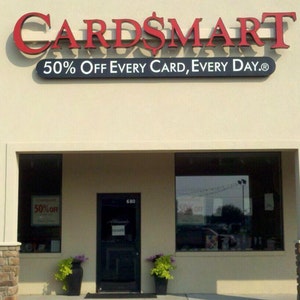 Dana Saxon, owner of Cardsmart in Milford, received a closure notice from the Department of Public Health recently informing her that she must shut down or face fines of $1,000 per day. The letter was in response to complaints that she was not enforcing mask mandates in her store.

“I closed my store for six weeks in an effort to flatten the curve,” Saxon said. “I lost six weeks of revenue that I will never recover. It has been a year and I believe this is beginning to infringe on our rights. I had a sign on the door that stated people must wear a mask, but also had one that said I would allow people to enter without one. There is an 800 number or email that allows people to turn in any business and apparently I have been reported many times.”

Saxon explained that very few people are entering her store without a mask. Many who are coming in without one state that they have received both vaccines, so they no longer feel wearing a mask is necessary. She has not received a notice by contact tracers that anyone reported getting COVID while in her store. Saxon, who also does not wear a mask while working, stated that she had not contracted the virus either.

“I tried to let people make their own decision as I believe we should have that right,” Saxon said. “When I received the last letter, I removed the sign that allowed people to enter without a mask and I will begin wearing one. I feel like I have caved, but I simply cannot shut down and lose my income.”

According to the 27th modification of the Delaware State of Emergency, and business that operates in an indoor space and is open to the public must require consumers to wear a face covering and must also require employees to wear face coverings when customers are present. Although the modification also allows individuals who have a medical condition that makes it hard to breathe or a disability that prevents the individual from wearing a face covering the ability to request a reasonable accommodation from a business, it also states that a requested accommodation that would endanger a third party or create the “likelihood of further infection” is unreasonable and not required. The modification states that “a reasonable accommodation does not include simply allowing a customer inside without a face covering.”

“We need to get back to business,” Saxon said. “We need our kids back in school. With people getting vaccinated, we should be able to move more toward normal. My store is safe, it is clean, and we want to welcome everyone to shop here. When people visit, they rarely purchase the first card they look at. They read one, put it back, read another, put it back. That means they are touching products throughout the store. How do we know they have washed their hands recently? I have hand sanitizer at the entrance, but not everyone uses it.”

Saxon stated that she had been contacted by Jamie Mack at the Department of Public Health who explained that an inspection would be performed the next day. If she was following the rules properly, she would be permitted to reopen.

“I am now in the position of enforcer,” Saxon said. “I will have to demand people put on a mask when they enter my store, even if they are fully vaccinated. I simply don’t feel like that is my responsibility. I think people should be able to have a choice in the matter. However, since I need to keep my doors open, I don’t have a choice but to enforce the rules.”

Cardsmart was closed on Friday, March 19 under the direction of Department of Public Health. An inspection was performed on Monday, March 22 and the store was permitted to reopen that day.