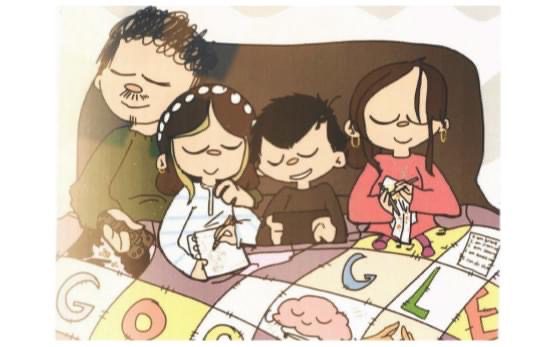 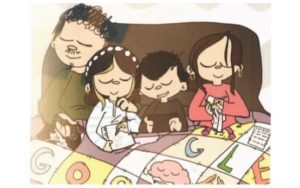 Anamirel Campos who attends fifth grade at Mispillion Elementary School was one of 54 winners in the “Family Will Always Care For You” Google Doodle contest. Campos continued to the finalist portion of the contest where she could be named one of five national winners.

“A talented Ellendale-based student, Anamirel could see her art on the Google homepage for hundreds of millions to see,” Trish Gerken, Public Relations Officer for Milford School District said. “The winners will be announced in late June for the competition which is for K-12 students across the country to create their own Google logo inspired by the prompt “I care for myself by…” Voting for the contest closed on June 3.”

Doodles are meant to surprise and delight people when they visit Google to search for information online. Many of the doodles featured have been created by famous and inspiring people. The contest offers children the opportunity to display their own creativity on the Google search engine page. The contest began in 2008 and is held around the world. In 2021, Milo Golding, an 11th grader from Kentucky won the national competition and his doodle appeared on Google for 24 hours on June 15, 2021.

In 2022, judges for the contest included Selena Gomez, an artist, entrepreneur and philanthropist as well as Elyse Fox, a director, model and mental health activist. Juliana Urtubey, the 2021 National Teacher of the Year, rounded out the panel.