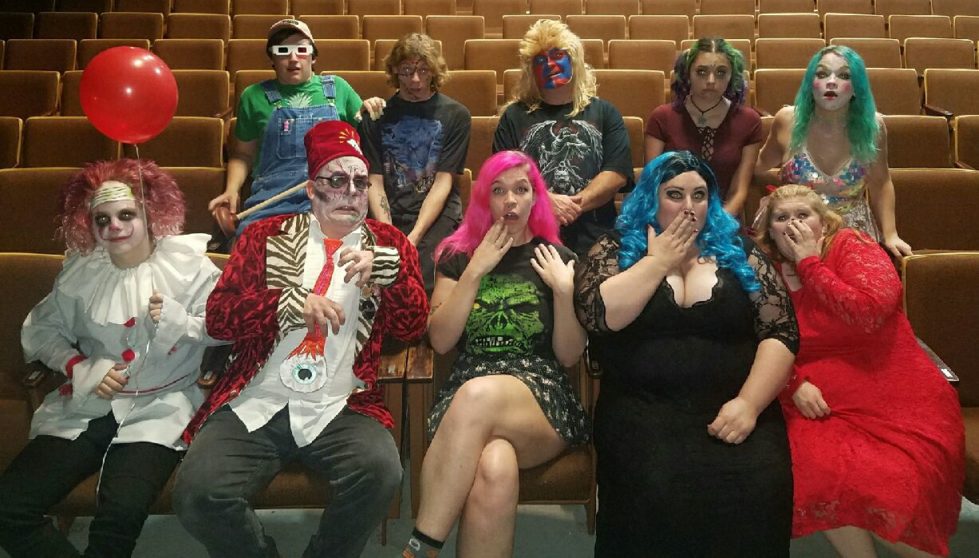 Mr. Morbund’s Theatre of Terror will return for an October show

The popular live show Mr. Moribund’s Theatre of Terror, has announced their October show at the Riverfront Theatre. The show will feature the 1956 Universal Pictures classic The Mole People, and show dates are Friday, October 22nd, and Saturday the 23rd.

“Our July show was a big success,” said show creator and performer W.J. Walton, “We had a fantastic audience turnout after being away for a year due to the pandemic.” The show will feature a screening of the film, along with live performances by the Theatre of Terror cast, live music and comedy, contests and audience participation.

“Mr. Moribund’s well-written shows are fantastic fun for everyone!” said one of the show’s biggest fans, who asked to be identified as The Creature from the Jack Lagoon.

Teresa, another fan of the show, added: “[The] shows are events I look forward to every year. It’s such a great time. Just like the horror hosts you see on TV but live and much more entertaining. Lots of laughs, great music and audience participation. This small-town troupe works hard to give us quality entertainment and it shows in the imaginative details. We’re very lucky to have a show like this in our area. Highly recommended for loads of family fun.”

Enjoy Mr. Moribund’s Theatre of Terror at the Riverfront Theatre this October

The Saturday showing will also feature a Scout Night. “Some of the local scout groups have organized it,” said Walton. “Scouts from any scouting organization who come to the show on Saturday October 23rd will be able to earn an official Moribund Scout Fun Badge. We just ask that they let us know in advance so that we can have enough badges for everyone.” Walton can be reached through the show’s social media accounts, or through the website at mrmoribund.com.

Tickets are $5.00 per person and will only be sold at the door. Doors open at 7:00pm and the show begins at 7:30, but Walton recommends arriving early. “We often have an art show and other items of interest in the lobby as you come in, and you won’t want to miss any of the fun.”