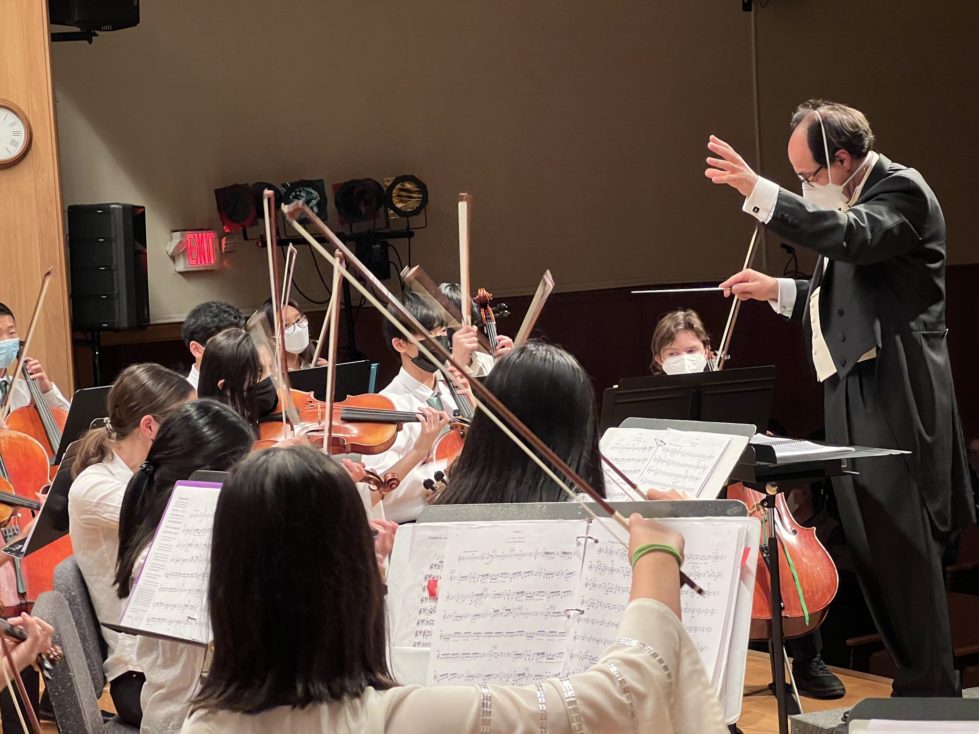 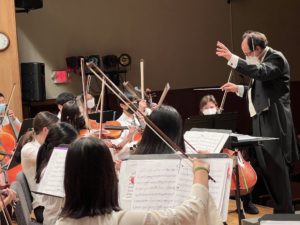 At a recent Milford Conversation, the Music School of Delaware led a discussion about the wide variety of musical performing arts in the Milford area. Representatives of the music school, Milford Public Library, Milford Community Band, First State Harmonizers and the Mispillion Performance Series along with Ruth and Ken Behrens who are with the area Ministerial Association discussed the many musical talents in the city.

“I just enjoy having music here and live music is so much different and better,” John Huntzinger, leader of the Second Friday events at the First Presbyterian Church, said. “I enjoy seeing people perform and my first run in with a good concert, was a trip to Prague. The wife and I sat so close, I just closed my eyes and imagined I was the king. We had a cellist in the sanctuary upstairs and as soon as I heard it, I knew what that room was designed for.”

Dianne Demming, a pastor at the First Presbyterian Church, explained that the church had to come up with new ways to present worship and to include music in worship as they were not allowing congregational singing or choir for over a year and a half.

“We brought in soloists and small groups and at first everything was pre-recorded,” Demming said. “We piped it out on YouTube and then later, we had in-person worship and we continued with small groups. Musicians were starving to play to somebody, even if it is 20 people. This gave them the opportunity to fully perform. We don’t call it that in worship, but that’s what it is.”

Ken Behrens stated that there were 52 churches within a three-mile radius of Milford and that among them, they have some outstanding musical capabilities. He explained there is an organ program, many churches offer musicals, but the information rarely gets out to the public. The Ministerial Association offers multi-cultural musical options, including Haitian, African American, Hispanic, folk, classical and more.

“We are planning to hold the Martin Luther King celebration here in our fellowship hall,” Demming said. “Normally, we hold it at a school, but they are not allowing outside groups yet. This is an ecumenical and interfaith group that puts on this program. We would not exclude anyone from attending, but just know you are going to hear about Jesus.”

Jody Stein provided information on a new concert series she was developing in Sussex County. Stein, who moved to Milford from Northern Virginia four years ago where she ran a performing arts series, felt she could use her experience to start a series in this area. She got involved with the Coastal Concert series which she says is an excellent program but may be priced too high for some who live in the area.

“My mission and goal is to bring in amazing artists from September to December with the musicians receiving an honorarium of $500 to $700 per person,” Stein said. “The concerts would be free to attend. Many of these musicians command a lot more than that, but they often have their own outreach missions.” Acts that have performed in the series include a nationally recognized saxophone quartet and a piano concerto.

Caroline Tabor spoke to the group about the library’s Music in the Park which occur every Wednesday in July in the amphitheater. Mrs. Behrens suggested that the city needed a hangout place where young musicians could gather and share their talents. Mr. Behrens felt that if there were more of these types of locations, young people would remain in the area after they finished their education.

“We have about 12 to 14 of us that get together every Monday night over at the Avenue Methodist Church,” Harry Humes, who represented the First State Harmonizers, said. “We used to be all male but now we have some women involved. We have a woman director who is a former elementary school teacher, so she knows her music. We are strictly acapella, and anyone is free to join the group.”

A charter member of the Milford Community Band, Tony Perone explained the background of the band which began with the late Joe Lear over 30 years ago. Lear passed away about 18 months ago and Perrone commented that he was still playing music just before he died at the age of 94.

“We’re located in the old Kiwanis Club building at 3315 Claude Street,” Perone said. “The band is very diverse and made up of mostly retirees, but there are still some members working. Some are former music educators, but we are mostly adults who are 60 plus. We encourage students to join, but we have not had many.”

The Milford Community Band has several satellite groups, including a Dixieland Band, Christmas carol band, a saxophone quartet, a swing band and a concert band. The bands play a wide range of music, including Broadway tunes, movie themes and marches. Rehearsals number about 35 members, but membership is between 60 to 65.

“You have to be able to read music,” Perone said. “This is not music you can play by ear. Everyone has a piece of music in front of them. If you don’t have your own instrument, we do have some available to loan. You do not have to audition and there are no dues. We do ask that you help with setting up or taking down.”

Mary Jane Vanvestraut, the Milford branch director of the Music School of Delaware, thanked everyone for their input into the discussion. She stated that in order for the Music School to achieve its goals, it is important to know what is happening in the area musically.

“The core of this comes down to learning music, performing and how young people can grow into performing artists,” Vanvestraut said. “That is what we hope to do. We provide our youngest classes with students starting at 18 months old. We also provide classes, not just private lessons. We have a musicianship class which has emerged from theory and a wide range of ensembles. We have a wonderful chorus here that has performed all over the state.”

Vanvestraut explained that the music school is offering one week when anyone can take a free 30-minute lesson on the instrument of their choice. From January 24 through 29, anyone can come in and get a free 30-minute lesson. This is for those who may have played in high school and want to get back in it or someone who wants to pick up a new skill but wants to try before they begin paying for lessons.

“The music school really wants to be here to serve the community,” Vanvestraut said. “We are present at all the downtown events, like the holiday stroll and things like that. We offer free concerts so that you don’t have to pay to get into them. We also have ensembles available for the community.”

Anyone who wants more information about the Music School of Delaware can contact them at 302-422-2043 or visit musicschoolofdelaware.org.