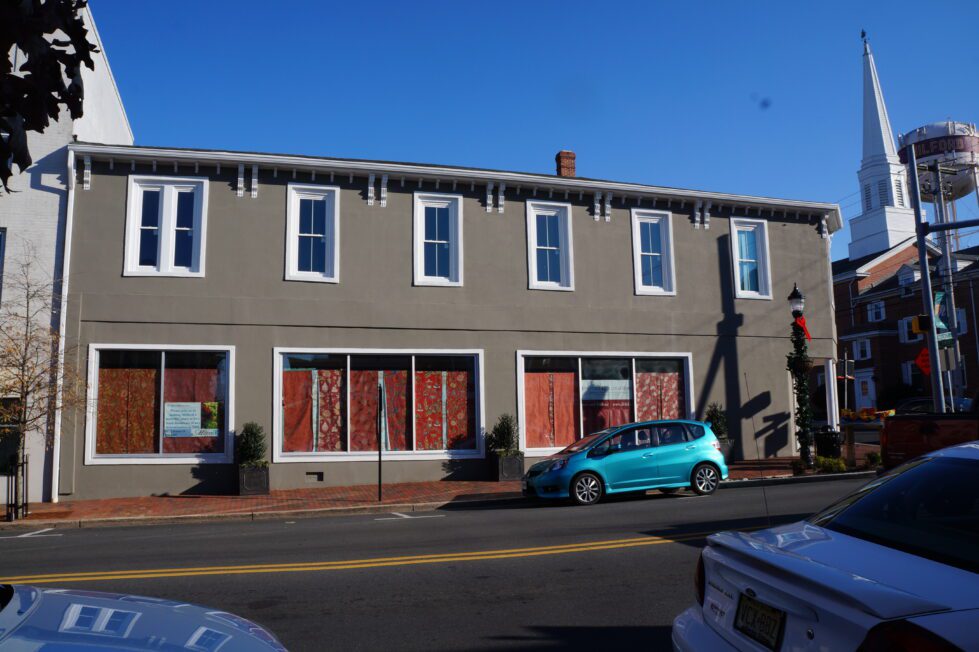 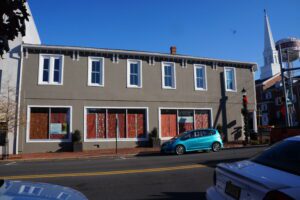 A new conditional use was approved for the Derrickson-Keir building, allowing the building to be converted to retail on the first floor and offices on the second floor.

“It was purchased by the Parker Group, and they had a plan in place as you all know and approved to renovate the building, putting retail downstairs and residential upstairs,” King said. “We considered that option and decided to go with all commercial mainly because of the cost to bring new water lines and sewer lines and upgraded electrical services to the building for residential. We also have some office tenants in the Penney Square building currently that are going to be relocated into the upstairs of this building which will open up retail space on the ground floor of Penney Square which is important to the downtown, to bring in more retail, make it more visible in the first floor area.”

King explained that he already had tenants for the upstairs offices and most of the downstairs spaces of the Keir building and they also had retail tenants going into Penney Square which led to the need to move the offices to another location.

“Everything we are doing is kind of geared to bring retail to Walnut Street,” King said. “The goal is to have people walk in, be able to purchase an item and walk out which as everyone knows is important to growing downtown. We do have a food service business going into this building and also a couple of retail type businesses. We’ve already done some demo work there as we already had a demo permit.”

Councilman Dan Marabello praised King for the work he and his wife had done in the downtown area. He asked if the second floor would be several small tenants or one large tenant. King explained that it would be one tenant and that they already had a letter of intent. The tenant operated a medical billing business in Penney Square.

“We plan to split Penney Square into three or four small retail spaces, two of which already have prospective tenants,” King said. “For those of you who don’t know, our fondue restaurant will open the end of January, beginning of February. The rest of that building is all retail. We’ve got two different boutique stores, a. new salon and then we’ll have more spaces available for retail. We are turning down tenants who are not retail. I’ve got about four or five tenants who want real estate offices, insurance offices, other types of businesses that we don’t believe are good for that building or for Walnut Street.” 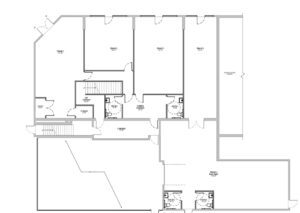 Drawing of first floor of the Derrickson-Keir Building. Three new entrances are proposed on Walnut Street with the original entrance remaining at the corner of Walnut and Southeast 2nd Street 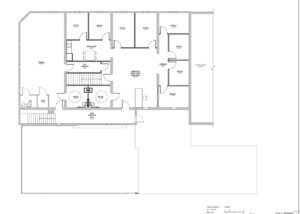 King hopes to have the Keir building completed in late spring or early summer. He explained that the biggest hurdle was the Historic Preservation Office as meeting the historic requirements of older buildings took time. The plan was to add four new retail locations each with their own entrance on Walnut Street. Their Penney Square restaurant, fondue., was nearing completing with drywall finished in early December and flooring, kitchen equipment, tabletops and finish work planned for the next few weeks. Councilman Andy Fulton asked if adding the additional entrances would change the historic look of the Keir building or if it would take it back to an original historic look.

“The federal historic preservation office who the Parker Group went through to get approvals for their façade design, approved additional entrances,” King said. “They approved two additional entrances. We’re asking them for a third. If they decline, we will have a vestibule area and split the entrances inside. We are keeping the doors, windows, all that as simple as possible. They did make some revisions and changes to the storefronts themselves to make them more simple and more historic, but I think this will be a benefit for the town.”

Councilman Jason James asked if there was any information about the hours of operation for the various businesses who may go into the Keir building.

“The Village is a café with an event space in the back and a patio,” King said. “It’ll be a smaller event space, but they will be specifically catering toward like kid’s parties and smaller corporate events. They’re going to be a five to six day a week business. We also have a charcuterie business interested in going in. They’ll be a three to five day a week business. The two tenants I mentioned specifically, we are helping them from an operational standpoint of how to start a business, build a business and operate it from a financial standpoint as well. We’re doing a lot of the build out and making it possible for them to bring these businesses to Milford. They’re people we either know or believe in enough to make those decisions and it’s kind of what it takes these days to get people motivated and open stuff up which is what we need. They’re all going to have hours just kind of dependent on their schedules, but we’re encouraging people to be open at least Thursday through Sunday. The fondue restaurant we are opening is going to be open only Thursday, Friday and Saturday to start. But we are pushing people to be open those days and at least have downtown Milford alive a few days a week on key important weekend days and, as it grows, obviously business will naturally grow and people will open more days as they realize they can make more money the more days they are open.”

Councilman Brian Baer asked if the regulations for bathrooms for apartments, including the cost of water and sewer lines, was a significant deterrent to adding more apartments on the second floor of the Keir building. King explained that it was actually fire suppression systems that would have been more costly.

“Doing commercial, we just need a two hour barrier between floors,” King said. “To give you a a ballpark of a $500,000 construction budget, which is around what we have, it would have increased to $1 million putting apartments up there. And $200,000 to $250,000 would have just been fire suppression alone and our rents wouldn’t have gone up very much more. So, just as I would have loved to put apartments up there like our Penney Square apartments which do phenomenally and we have short-term tenants up there that bring business and money to the town, it just didn’t make sense here. Not only that the timeline would have extended at least four to five months where now we can get this done by summer, it was also cost prohibitive.”

Council approved the request unanimously. Councilman Fulton pointed out that the King’s had done an excellent job with historic properties downtown while Councilman Todd Culotta stated that the couple had become a very important part of the business community, bringing investment into downtown with a desire to improve the area.

“This project and projects like it really add fuel to the efforts of economic development for the City of Milford,” Councilman Jason James said. “Specifically, downtown and brings opportunity to have more foot traffic downtown during the weekend when some of the businesses are currently closed. It would be a great way to spur activity in the downtown area.”