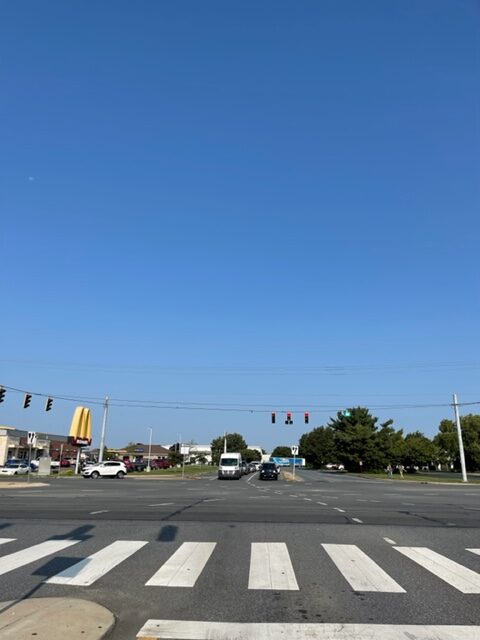 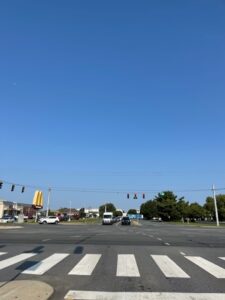 Milford City Council continued their discussion about implementing a pedestrian safety ordinance at a recent workshop. The ordinance will appear on a future council agenda for further discussion and vote. City Manager Mark Whitfield wanted to allow council the opportunity to make any adjustments they felt necessary before putting it on an agenda.

The new ordinance would make it unlawful for any person, other than a person in or on a vehicle, to approach another vehicle in operation unless it is parked on a shoulder or at a curb. It would also be unlawful for an individual to remain in the median for more than two consecutive opportunities to cross safely, whether that was at a stop sign or a lighted intersection. Violations could incur a fine of $100 or more.

“If the ordinance refers to loitering in an intersection for an excessive amount of time, it’s considered a prima facie violation of the above, I would have somewhat of a conflicting issue with that,” Councilman Jason James said. “Because, if the person’s there, they’re probably soliciting money and to levy a fine, whatever condition they are in, it’s going to put them in worse condition. The reality of collecting that fine is probably zero.” Councilman James felt the ordinance would be unenforceable and that he didn’t like instituting unenforceable things.

City Solicitor David Rutt explained that the ordinance could be changed to say a fine of not more than $100. Whitfield stated that this was not a panhandling ordinance, but a pedestrian safety ordinance. There was nothing in the new language that would prohibit panhandling, but would provide better safety not only for drivers, but for pedestrians as well. Councilman Brian Baer pointed out that when this ordinance was first introduced, there were many letters sent stating that such an ordinance was unconstitutional, expressing concerns that the city could be violating constitutional rights of citizens.

“As written, it is not unconstitutional because it goes to health and safety,” Rutt said. “It doesn’t speak to anyone trying to source money. Where we are going to run into problems is where you have the cheerleaders or somebody like that with cans running up to have people drop nickels in.” Whitfield explained that Penn State used to have weekends where students collected money and that there were numerous injuries and even deaths of students to the point the university banned the practice.

Mayor Archie Campbell stated that he was concerned no one would pay the fine and Whitfield explained that there had to be some type of penalty.

“Mark and I had this conversation early on,” Captain Ed Huey, Acting Police Chief, said. “It came pu as a result of complaints about panhandling and the AG claimed it was unconstitutional to arrest people for that. I think that even watching the panhandlers, I had concerns about he way they were standing, especially out there on Masten’s Circle with their backs to the intersection. If there was a high impact collision, they would hear it and naturally turn toward the accident and not give themselves time to get out of the way if a car was skidding out of control. I think separating it from panhandling was a wise choice by us. It’s something that needs to be done. It certainly cannot be in any way associated with panhandling.”

Councilman James asked if Huey felt the distance of 200 feet was sufficient to protect pedestrians. Huey explained that far away, there was a better safety buffer for anyone standing at the intersection. His main concern was that at the corner of Masten’s Circle and Dupont Highway, there was a significant chance that an impact could send a car careening across the island, striking pedestrians who were standing there.

“The goal here is to protect people, to create a safe situation, not to prevent someone from exercising their First Amendment rights,” Councilman Todd Culotta said. “That’s not the issue here, to prevent them from panhandling. This is a safety thing.”

Councilman Brian Baer asked if this was just signalized intersections and Whitfield stated that it would apply to any intersection. A person would be in violation if they did not cross after two consecutive opportunities to do so safely. Rutt stated that the item was on the workshop agenda to determine if council wanted to move forward and that language could be cleared up after hearing public input at a regular council meeting. He also pointed out that Seaford had a similar ordinance which carried no fine. Councilman James asked how that was working in Seaford. Rutt was not sure, but said the language was very similar. Whitfield explained that, according to the Seaford city manager, they had not been challenged in court on their ordinance as to its constitutionality.

Council agreed to bring the ordinance to a future meeting. Councilman James asked that the language be consistent throughout when it came to council for a vote.