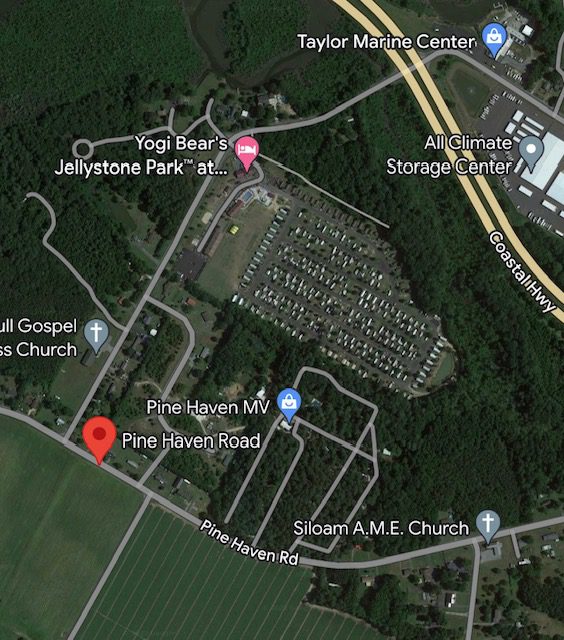 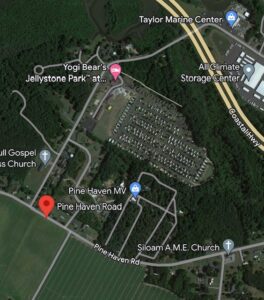 Pine Haven residents are dealing with lack of drinkable water and raw sewage on the ground.

On January 3, residents of the Pine Haven development, located on Pine Haven Road near Lincoln, took complaints of unsafe conditions to Sussex County Council. Residents claim that their water is unsafe for consumption, some have no running water at all and there is raw sewage on the ground in some areas.

“I’m here on behalf of the residents of Pine Haven regarding the contaminated water, sewer, electrical lines and water shut off now. The contamination has been going on for one month today,” Linda “Lulu” Lucido said. “We’ve had the health department and DNREC out. The water is contaminated with nitrates, magnesium, heavy, heavy things of iron and they’re telling us we can still drink it.”

Lucido explained that the property had recently been sold and, although the residents have not gotten official notice, they were told they would need to vacate the land within three years as there were plans to build a waterpark on the property. Many of the mobile homes in the park cannot be moved due to their age. In addition, Lucido stated that the park did not have a septic system, nor did it even have septic tanks. Instead, many of the residents were using cesspools which were no longer legal under Delaware code.

“We just try different things trying to contact people to help us work toward a solution but it’s like we don’t exist. We understand that there’s other homeless people and they need just as much help as we do. But right now, these people that are living there have been there for 30 years, for so many years,” Joy Kaiser said. “Like I said a 92 year old couple was crying to me the other night. They don’t know where they’re going. They don’t know what they can do. They can’t move their home because of the tenure rule. Anything over 10 years they don’t want in parks.”

Mike Murphy who worked in engineering for many years, spoke on behalf of the residents of the park.

“You cannot repair the septic tanks that are used because they are not even really septic tanks. They are actually, back in the day when they put these in you were allowed, you could use a freezer or old washer and old dryer and they put buried them in the ground,” Murphy said. “There’s no drain field to it whatsoever. And they pump that stuff out and then they’re supposed to take it to a wastewater treatment facility. We need to see the records on how many times they’ve actually pumped it out and taken it to a wastewater treatment facility because it costs money, and those records should be available. People have seen them take up one of the big 200 gallon plastic tanks, pull it out and then take it down to the back of the property and pump it into the dry land which is now a cesspool and is running in to Cedar Creek.”

According to Murphy and the residents, calls to DNREC have not yielded any assistance. Senator Dave Wilson stated that he believed there was plenty of blame to go around for allowing the Pine Haven development issues to continue without a solution.

“I don’t know how, but there’s enough blame to go around for everybody, for DNREC, throughout the state of Delaware, for county council with what’s happened here. We got to do something for these folks,” Senator Wilson said. “This is a serious problem. I’m very concerned when I go there and visit, I see raw sewage and I see electric lines on top of the ground with kids running around and laying in water. It tells me it’s not safe for anybody to be there and how the county over the years has let this previous the owner, the Cohee’s, continue to let that property fall into the form that it is today. With cesspools already developed 25 years ago. And we continue to let them do it.” Senator Wilson suggested that any plans to put a water park on the property should be reconsidered as the land was highly contaminated by the raw sewage.

Hans Medlarz, County Engineer, explained that there was not much council could do unless they created a sewer district.

“On the water and sewer side, this is a DNREC issue,” Medlarz said. “If you remember Pin Tail Point, we could not touch Pin Tail Point until it was a sewer district.”

John Rieley, Council Vice-President, pointed out that there was a three-year timeline before the current residents would need to vacate the land which would make the sewer district obsolete even before it could be created. Councilman Vincent also pointed out that the costs for adding sewer and water to Pine Haven would be borne by the residents.

“I have no idea the income level of these people, but what it sounds like is like everything else,” Councilman Vincent said. “You create a sewer district and there’s a cost and you are going to receive a bill.” Medlarz confirmed that in other areas of the county where a sewer district was established, residents bore the cost of the system.

Senator Wilson explained to council that he intended to work at the state level to find a solution for the Pine Haven residents when he returned to the legislature.