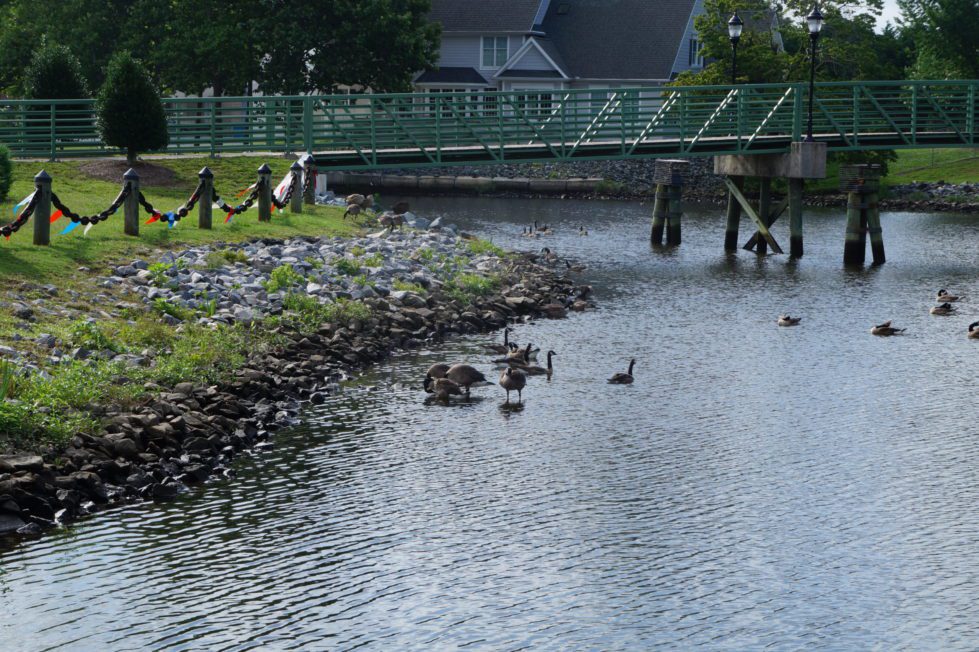 Milford City Council recently heard a presentation by Danielle Swallow and Jenny Egan of Project WIIN, which stands for Waterways and Infrastructure and Investment Network, a project sponsored by Delaware Sea Grant. The presentation included information on the value of the many environmental assets in Milford and Slaughter Beach.

“Milford and Slaughter Beach both reside in the midst of Mispillion and Cedar Creek watersheds,” Swallow said. “A watershed is really just a word for water that travels over land and underground on its way to a large body of water like the Delaware Bay. We happen to be right in this area in one of the largest relatively intact natural resources in Delaware. It is rich in biodiversity with lots of animals and plants. It is also an international flyway for migrating birds which draws many people to the area. It is also one of the major hubs in the world for horseshoe crabs.”

Swallow stated that Milford had taken many steps to bring citizens closer to the environment with the Riverwalk and that Slaughter Beach was also very tied to their natural resources. However, prior to this project, not much was known if there was an actual monetary value for these resources. Using a grant from the NFWF National Coastal Resilience Fund, Project WIIN began a two-phase process to place an economic value on some of the environmental resources in the area.

“We began with an economic study as part of Phase I,” Swallow said. “Nature provides extensive services, some that are tangible and some that are not. For example, trees purify the air but that is not a tangible service. We know there is value in this, so we need to figure out what those values are across a wide range of services.”

During this phase of the project, Egan, who interviewed many experts and stakeholders as part of the calculation, determined there were three main components to environmental assets in the area. Urban River Park and Inland assets include recreational- and tourist-centered locations, such as the Vinyard Shipyard, Abbott’s Mill and Nature Center and the Riverwalk. Visitation at Abbott’s Mill alone indicated general recreation values of between $113,000 and $6.3 million while the Riverwalk Greenway indicated values of between $465,000 and $1.9 million.

“We understand that those values seem pretty far apart,” Swallow said. “However, each piece of this portion of the environment has a different value. It could be kayaking use or hiking trails that may generate income or there could be festivals and other items that may generate revenue.”

The second feature were Marsh River and Wetlands, which would include the Marvel Salt Marsh Preserve in Slaughter Beach. The estimated value of this type of environmental asset for tourism purposes was $428,000.

“This type of asset also has other value,” Swallow said. “Saltmarsh and wetlands can also reduce flooding which, in turn, reduces monetary losses by as much as 10 percent. This gives the marsh and wetlands an additional value of between $7,800 and $125,200 per weather event.”

The final category reviewed was Marine Harbor at Slaughter Beach. The assets included were the Mispillion Harbor Reserve, DuPont Nature Center and the beach which all support wildlife, shorebirds and the horseshoe crab population. These assets also assist with beach recreation, both recreational and commercial boating as well as commercial shipping. The estimated value of these assets was between $574,000 to $1.15 million with Slaughter Beach’s recreational value adding an additional $458,000.

“Phase Two of this project is in the beginning stages,” Swallow said. “This will be a study of the infrastructure and other assets in the area. What she is looking for is to identify what kinds of investments in natural resources, in ecotourism, could bring additional value to the area as well as what the potential costs of those would be so we can do a benefit cost analysis. In addition, the Partnership for Delaware Estuary is conducting a vulnerability assessment. We all know that Delaware is subject to different storms and there is also a changing weather pattern. Delaware has twice the global rate of sea level rise. This means that, over time, we have more resources getting inundated. We want to look at what is particularly vulnerable in order to change land use patterns which is why this assessment is important. This is a two-year effort and we have not even wrapped up year one yet.”

Anyone who is interested in learning more about this project can contact Swallow at [email protected] or call 302-645-4258. They can also visit https://www.derascl.org/wiin for more information.