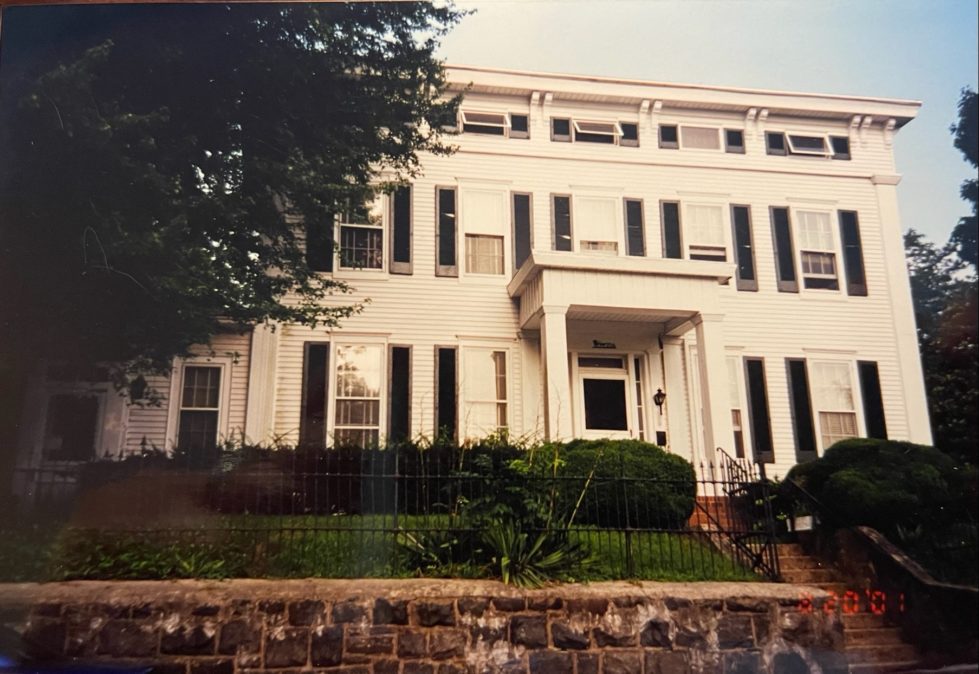 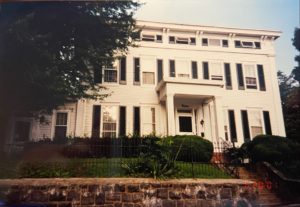 Many long time Milfordians remember this as the home and office of Dr. John Baker, a pediatrician who also served as the head of pediatrics at Milford Memorial Hospital. However, the home has a much longer history that existed long before Dr. Baker opened his practice there.

Around 1830, a one-story frame dwelling occupied the land where the Godwin-Baker house now stands. It was the residence of William Sammons but was sold to Peter F. Causey in 1846. The land was then sold to Daniel C. Godwin, a prominent businessman, around 1850. Godwin owned a hotel, was a builder and operated the stage route from Wilmington to Seaford. He also built what is now known as the Pikus Building on the corner of Walnut and Front Streets where he operated a store. 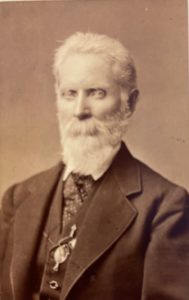 After purchasing the land at what is now 206 North Walnut Street, Godwin built the stately three-story Greek Revival-style home that exists today. He also changed the sloping hill to the terrace look that still makes up the front of the yard. Godwin sold the home to Dr. Robert Frame prior to moving to Baltimore where he later died. Dr. Frame then sold the property to Dr. Robert H. Clark, a paymaster in the United States Navy.

Dr. Clark beautified the home and added a stunning boxwood garden. A brick bath house once existed in the bank of the terrace. Wooden tubs were placed inside, creating a steam room when the tubs were filled with water.

It is not clear when Dr. Baker purchased the home, but he arrived in Milford in 1932, the first in the town to specialize in pediatrics. Dr. Baker graduated from the University of Pennsylvania Medical School and interned at Misericordia Hospital in Philadelphia. During his 53 year career in Milford, not only did Dr. Baker serve as head of pediatrics, he assisted in the design and construction of Milford Memorial Hospital’s main building. He was also a president of the Delaware Academy of Pediatrics.

A longtime member of Christ Episcopal Church, the parish house at the church was renamed the Dr. John B. Baker Parish House in celebration of the 50th anniversary of Dr. Baker and his wife, Edith Subers Baker. Mrs. Baker passed away in 1990 and Dr. Baker died in 1998 at the age of 93.