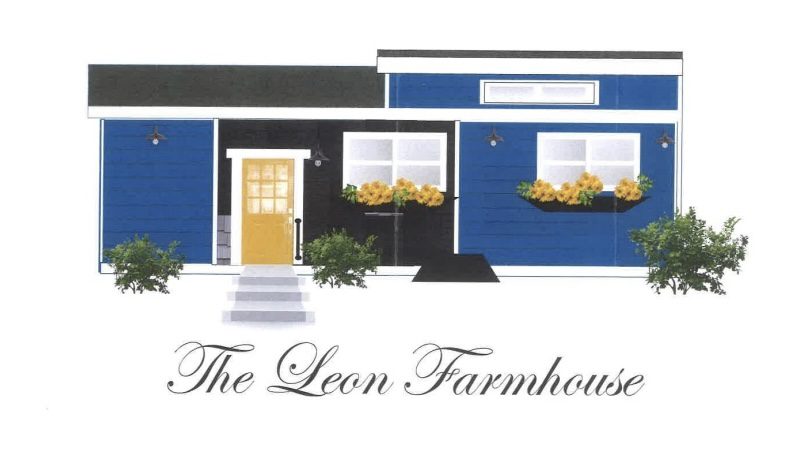 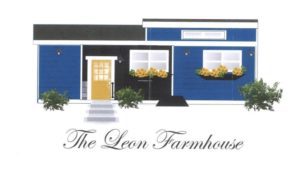 At a recent City Council Workshop, Sylvia Carson, Director of Positive Points as well as Tim Lamberto, Vice-President of Property Management and Joe Hill, Maintenance Specialist for Arbor Management, presented council members with details on a tiny home project that was underway in New Castle County. Positive Points is offering to donate the small homes to the city in order to combat a growing homeless problem.

“We serve 17 family properties and children from the ages of four to 19,” Carson said after presenting a short video of the services offered by Positive Points. “We also work with senior properties. “We are planning on getting children involved in the construction of these homes. We will bus them, something we have to work out because of COVID, to the job site and they will do some of the craft activities for the homes.” According to information provided to council, some children will assist with garden boxes, mailboxes, welcome mats and other small projects while others will be provided with details on the construction process.

“The biggest part of this for us is the educational part for children,” Hill said. “That’s basically what this whole project is about, to allow us to introduce the opportunity for kids to go into building trades. Within that part of the program, we are building mockups for electrical, plumbing, roofing so we can show children the components of the tiny house itself. We can talk them through the process of how it’s done, why it’s done this way. New Castle County is going to come in and talk about building codes, why they are part of the whole process. When we are done, we are hoping to bring these to the town of Milford so the kids can see us giving stuff back and helping somebody who doesn’t have a place to stay or a roof over their head. I will also add that these tiny houses are turnkey. They will be completely furnished. They will have dishes, pots, pans, bathroom, everything but food. They will be turnkey so someone can walk right in with a suitcase and make themselves at home.”

Councilman Jason James pointed out that although he felt the tiny home concept was great, there was currently not a place in the code for them to be placed within town limits. Hill pointed out that he was aware this was an issue as the homes were on a trailer. He explained that although the wheels can be removed and a skirting put around the bottom of the tiny home to make it look more permanent, they would need to remain on the trailer. The value of each tiny home is about $50,000 and each is roughly 285 square feet. Each home would be ADA compliant with grab bars and other handicapped accessible features for those who are mobility impaired. Mayor Archie Campbell asked if the homes were meant solely for the homeless.

“You know, there are people that are not homeless who need housing,” Carson said. “So, once you receive these, that would be your determination of how to use the tiny homes.” Hill pointed out that in other areas tiny homes were used to address veterans in transition or to provide housing for young teachers.

Carson explained that there was a consideration to use the homes for battered women.

“The only thing with that is that they felt they would draw attention,” Carson said. “That is something you don’t want for battered women’s housing. You don’t want to draw attention to where they are and these will stick out like a sore thumb.”

“There’s so many levels of homelessness,” Councilwoman Wilson said. “We could make a list of the different levels that we have. And the other comment I want to make is that the city of Milford does have a few homes that have been brought in on wheels and those homes that I know of still exist today. They had a foundation built and a home set down on them. So, I can remember, probably 20 years ago was the last one but I do remember that happening. So, I’m not sure how to tweak the code in order for that to happen, but if they were to come, in m opinion, I would like to see them on a foundation and not just on wheels because that just opens so many other doors and I would feel more comfortable if they were permanent.”

Councilman Andy Fulton explained that the homes were built on trailers which were integral to the structure of the tiny home. He stated that without the trailer, the home may not have enough support to stand. However, he pointed out that the wheels could be removed, and an apron foundation placed around it, giving it a more permanent appearance.

“That’s a good point,” Councilman Todd Culotta said. “I think there’s a couple things to consider here. You know, it’s good in theory to provide homeless and transitional housing because of community thought. But, there are side effects with some of the issues that come along with that. That’ something we’ll have to have a discussion with council and city leadership to figure out how to best accommodate that.”

“We are at the very beginning stages of discussing smaller housing units in Milford,’ Councilman Boyle said. “And it may be a little bit premature. I’m going to allow that the concept is great. We have a little bit of time and as Councilman Culotta said, this is something that is in the very beginning stages and trying to incorporate into the ordinance may take several months to get to that.

Councilwoman Wilson understood what Councilmen Boyle and Culotta were saying but felt that it was time to begin addressing the homeless situation in the city.

“I just want to say that this homelessness is never going away, and the city of Milford has really not stepped out to help the homelessness in a grand way like so many of our other cities around us that are even smaller,” Councilwoman Wilson said. “We don’t even have a homeless shelter and we have lots of homeless folks taking refuge in so many different places. I just want to say publicly that I hope we wholeheartedly talk about this and talk about all the possibilities. But keep in mind, the realness of this situation is providing shelter for these less fortunate folks.”

Although in total agreement with Councilwoman Wilson, Councilman Boyle explained that he simply did not want to bring tiny houses into the town in a haphazard manner.

“We really need to give it a lot of thought because, as we’ve discussed in previous meetings, it is almost a situation that is critical and needs to be addressed. We don’t have the infrastructure to support this kind of stuff. We’re going to look at some other things tonight including the foundation for the auxiliary living units which probably fall into that. But we need serious consideration, and we just can’t jump right in tonight. You need to really give it some serious thought, methodically plan this thing out and not react to somebody else. We know we have full time homeless encampments, and we do, as a city, have an obligation to relieve that situation.”

City Planner Rob Pierce explained that there were two aspects that needed to be addressed when it came to tiny homes. The first was the building code which is based on the International Code Council (ICC) which has an entire appendix dedicated to tiny houses. He stated that changing the building code would be relatively easy.

“The tough part is the zoning ordinance,” Pierce said. “A tiny house would be considered a mobile home because it has a registration and it’s on an axle so that it is easily transported. If these tiny homes are constructed to the building and placed on a permanent concrete or block foundation, anchored down properly, it would be treated as an accessory dwelling unit or single-family dwelling of some sort. And then you have to figure out where you want to put them. Do you put them in an apartment complex? Do you put them on city property? Do you put them on lots with other homes? Those are all things to take into consideration from a zoning standpoint.”

Pierce also explained that this may be a project that could be taken over by Milford Housing Development Corporation who could determine if it is worthwhile to have the discussion and who could oversee who would inhabit the units.

“We do thank you for hearing our pitch,” Lamberto said. “We understand there are a lot of dynamics, and we are appreciative of your time. Just so you know, these will be finished in August. I know it takes zoning, but these going to be weatherproofed and ready to go.”