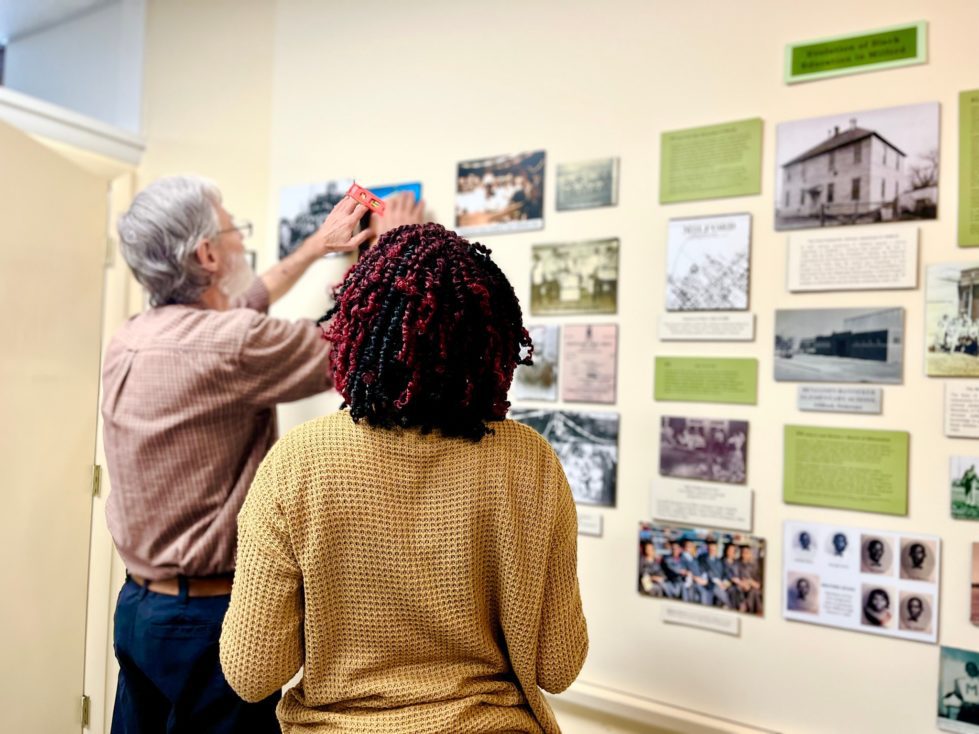 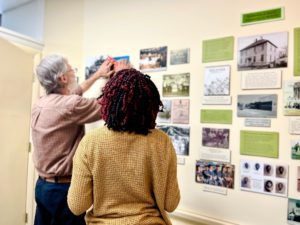 Charlotte King, the founder of the Southern Delaware Alliance for Racial Justice, led a community town hall recently in partnership with Jalyn Powell, CEO of OutLoud and the Milford Museum. The focus of the town hall was to look at black history in the Milford area and included guest speakers as well as short videos presenting the history of people of color in the area.

“We have heard throughout the nation and here in Delaware, as we attempt to add to the full education of our children, the next generation of citizens and leaders, that black history is American history. And yet so many of us, we black Americans feel separated from our fellow Americans, feel disenfranchised, powerless, unknown, relegated to a place of inferiority and uselessness, and yet we are the builders of this country,” King said. “To many, African contributions to the wealth and prosperity of this great nation is not known. For many we are African Americans, where our enslaved ancestors came from. Many of those ancestral connections cannot be made. And like the anchor into other countries, the only history we can trace or recall is our American history. So, for me, personally, I’m a black American, and I am grateful to places like the Milford Museum that is preserving the history of the wonderful black American citizens who contributed to life, who coped and survived the challenges, who raised families, who continue to be members of this very diverse community.”

The town hall was moderated by Powell who recently received the YWCA Genevieve Gore Young Women’s Leadership Award for her work with young people. Guest speakers included Charles Hammond, President of the Milford Museum Board of Directors, Yanelle Powell, a member of the Milford Museum board as well as Nicole Rogers, the Museum Operations Director.

“Now when I came on board, I had very little knowledge about what was in the museum. Once I got there, I began to realize I did not see any black representation, like anything. And I was wondering how are we going to go about doing this? And the first thing that I decided to do, I would start with my family because I know a lot about my own family but I don’t know a lot of others. So, I started with the Fountain family. I am one of the family members also even though my last name is Hammond, my mother was born as Bernice Fountain. And if you track the success of a Fountain brothers, every last one of them played a significant role in building and getting involved in civic responsibilities. Hayes Fountain, he was the very first black police officer, which he was the baby of the Fountain boys. He became the first African American captain on the line company for the Carlisle Fire Company and William Fountain, another brother, who was Milford’s first African American vice mayor and Franklin Fountain, who was the owner, manager of a Negro baseball league called the Milford Yanks. I include my father, Charles Hammond, is known as being the first black aviator. Well, therefore, it was very easy for me to talk about a lot of the Fountain family.”

“There was a individual who came from out of state, from Baltimore, by the name of Bryant Bowles, an agitator and things just did not go quite well. So those 11 students who attempted to integrate Milford High School were only able to stay there for a period of 20 days. This left a bitter taste. One of those students, Orlando Camp, wrote a book on the Milford Eleven. And it is very detailed and describes everything that they went through. Yet, one story that is not as well known, in 1962 there were seven other students that tried to do the same thing and I was one of them. They were successful in 1962 integrating Milford High School. All of us graduated and I would say all of us really became successful individuals with careers as teachers, principals, nurses and pastors. I retired as a Marine officer after spending 21 years as a Marine. And I think that by going through that, it helped to shape me.

Hammond explained that after coming on board with the museum, he assisted in creating a small exhibit that provided insight into black history in Milford. Over the years, he realized that the museum needed to do more which led to him inviting Yanelle Powell on board to assist him with an expanded exhibit. The expanded exhibit provides more details on the life lived by people of color in Milford while also highlighting those who helped grow the city.

“Oscar young, he had a service station here in Milford. Austin Lofland, he was the first African American individual to open up a business downtown in Milford which was a shoe store. I have to give a lot of credit to Dr. Reba Hollingsworth who enlightened me about a lot of things that transpired in Milford when I was just a little boy and she knew quite a lot about what was going on back then. My vision today is to bring the school system closer to us so that we can enlighten the children more about black history.”

Yanelle Powell explained that she got interested in history when she began researching her own family. She found that there were very few photos of her family prior to 1920 and she was excited when she stopped in the museum one day and saw photos of people whose names she had discovered during her genealogy searches.

“My family was very instrumental in South Milford for my great-great grandfather was a carpenter at the shipyard Vineyard Shipyard. He was able to buy a plot of land from the owners in a predominantly white neighborhood,” Yanelle said. “He worked all day, came home for a few hours and he built his house. That was quite an accomplishment in 1912. I mean, that was pretty much unheard of. It was an emotional thing for me, putting the exhibit together because I have a distant family member who was on the wall. His name was Peter Hill and he donated his body to science, I believe to Dr. Marshall.”

Yanelle explained that many people of color are reluctant to donate their family heirlooms, but she was trying to overcome some of their fear. She pointed out that people could bring in photos and the museum would scan them before returning the originals so they could remain with the family. Other artifacts like clothing or household items would be preserved following strict collection protocols so that they could be viewed by generations to come. After the speakers, several short videos were shown that included interviews with people of color who had lived through segregation, some of which were the grandchildren of enslaved people. Dr. Hollingsworth spoke of the work ethic instilled in her by her father.

“My dad actually said if you can’t find a job, make a job, so all of us had our own businesses and figured out how to make money,” Dr. Hollingsworth said. “My sister and I sold blackberries and huckleberries. We would go through the streets to sell door-to-door. One day, other kids were selling berries at a front door but the woman told us we had to go to the back door. We figured she was just weird or something and we decided not to go to the back door. It was not until we were older that we realized why we had to use the back door, but we decided she missed out because our berries were the best. My mother was a fanatic on English. We were not allowed to hang prepositions and we had to go to Sunday school and church.”

Dr. Hollingsworth also talked about her father having a running credit at a local store that he would pay at the end of each week. When Bowles arrived in Milford in 1954, the store owner let Bowles use his truck as part of the protests against the Milford Eleven. Her father would never again shop in the store as he would not support someone who would make his family feel unwelcome in town. Douglas Gibson was also featured in one of the videos.

“My father was a sharecropper and most of my labor on the farm started early each day,” Gibson said. “I attended Banneker School and the teachers there were very good. We would be handed textbooks with names in them that we had never seen in class because they were hand-me-downs from the white schools.” Gibson eventually joined the United States Navy and then used the GI Bill to attend college He talked about being able to buy a sandwich in the school cafeteria but not being allowed to eat it inside.

Susan Young Brown spoke of growing up on a small farm in a home that never had electricity. She recalls that black and white people where she grew up got along well. When she went into town, however, some of the stores would not serve her family because they were black. The only high school for black children was in Wilmington at the time, but she had decided she wanted to be a teacher. After high school, she worked in a cannery to raise money to attend Delaware State College, but ended up dropping out temporarily because she could not afford it.

“I got married and decided to go back to finish college,” Brown said. “A friend of mine was teaching in Ellendale. She decided she wanted to go with her husband who had been transferred. I had one week of student teaching and then taught grades one through eight. Other videos described having to sit in the back of buses and trains as well as having to drink from specific water fountains.

When asked what their favorite part of the new African American exhibit at the museum was, Hammond said it was the photo of his father standing next to an airplane. He stated that he had his logbook. He recalled a story his father told him of flying a plane to Maryland.

“He landed in a cornfield and the white passengers got out,” Hammond said. “The farmers didn’t think anything of it until he stepped out of the plane, and they stopped their work. He watched the passengers depart, standing there in their overalls until my father realized what was going on. He did his pre-flight stuff and then got back in to take off. When he flew back over them, he tipped his wings at them.”

Anyone interested in viewing the video series can contact the Southern Delaware Alliance for Racial Justice at www.sdarj.org. A recording of the town hall is also available on their website. The Milford Museum is open Tuesday through Saturday from 10:00 AM until 3:30 PM.