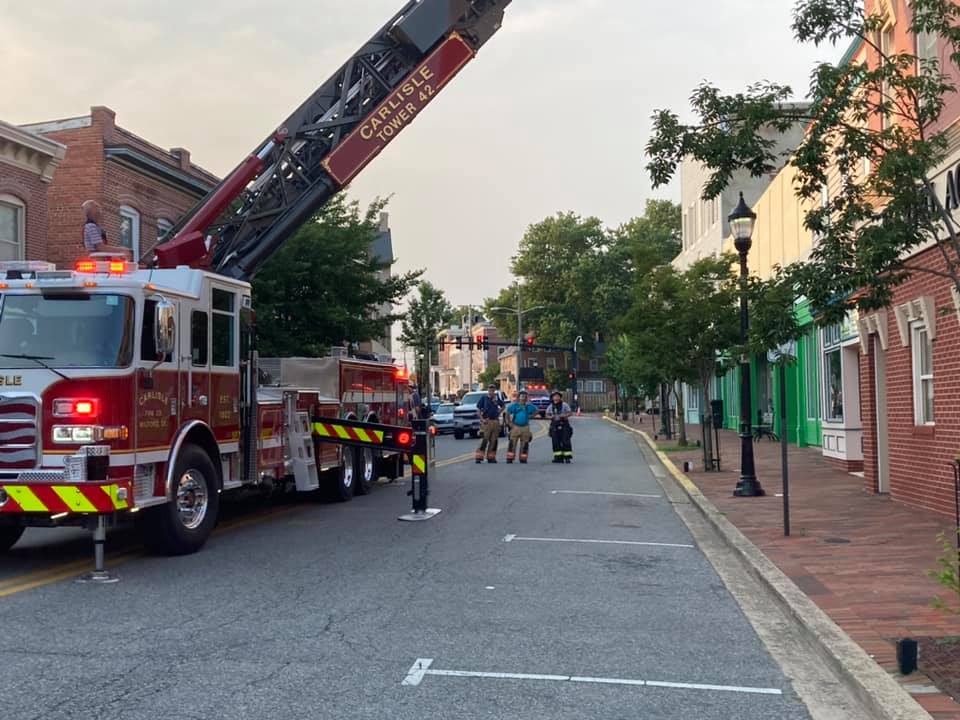 On July 6, visitors to downtown Milford were treated to a display of the new ladder truck, Tower 42, which was recently placed in service with Carlisle Fire Company. The volunteer fire department held a drill to test the maneuverability of the new apparatus.

“We wanted to test the tower in some of our more constricted areas, such as downtown with the row-type construction of buildings as well as parking on both sides,” Ryan Knowles of Carlisle Fire Company, said. “We plan to do more training throughout other areas of the city.”

Knowles explained that the training was based on a fire which occurred in 2003 which destroyed a large section of the southeastern side of Walnut Street.

“We wanted to test what we learned over the years,” Knowles said.” This also helped us with positioning of our newer apparatus should we have something of that magnitude again.”

The 2003 fire began shortly after 3:00 PM on May 30, 2003, starting in an upstairs apartment over what was then Wiley Hardware and Appliances. Because of the age of the buildings and lack of firewalls, the fire spread quickly, requiring more than 200 firefighters to get the blaze under control.

Although the fire was devastating, it actually led to the rebirth of the downtown area. Today, the buildings that were destroyed or damaged in the fire house Wattay Accounting, Milford Tavern, La Hacienda and Nancy’s Café.