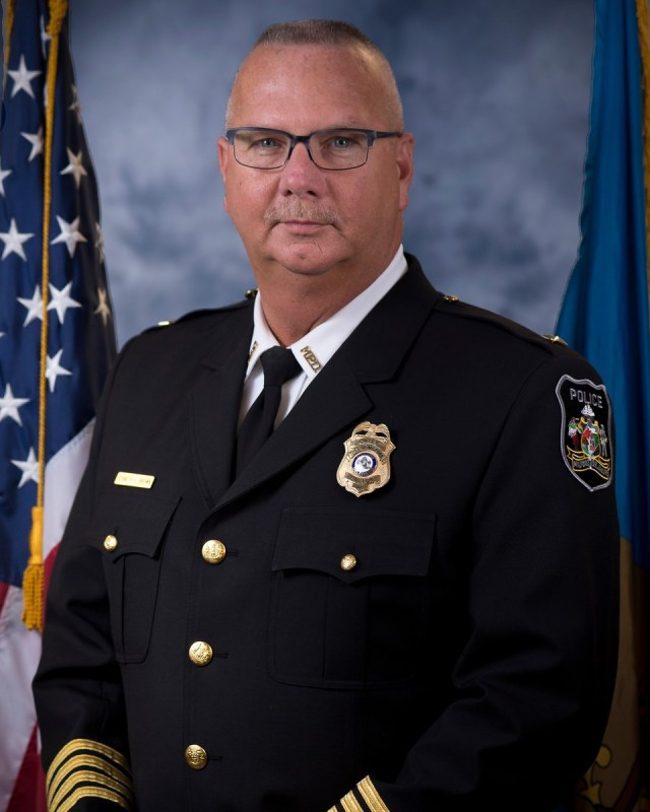 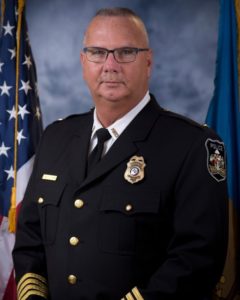 Milford City Council presented retiring Chief Kenneth Brown with a proclamation signed by Mayor Archie Campbell at a recent meeting. Chief Brown will retire on August 1 after being with the force since 1986.

“Chief Brown was born and raised in Milford, starting his career with Milford Police Department in 1986 as a part-time dispatcher and later was hired as a law enforcement officer after graduating from the Delaware State Police Academy. He was sworn in May 1988,” City Manager Mark Whitfield said. “Initially, he was assigned to the patrol division and transferred to the criminal division in 1991 where he devoted much of his time and energy. He was promoted to Lead Investigator and, in June 2011, earned the rank of Lieutenant, remaining administratively responsible for the Criminal Investigations Division and Training Division.”

Whitfield continued, stating that Chief Brown expanded his education by receiving an associate degree in Criminal Justice from Delaware Technical and Community College. He was also a member of various law enforcement organizations, including the International Association of Chiefs of Police, Delaware Police Chief’s Foundation, Delaware Association of Chiefs of Police and many more. Chief Brown is also active in the community, serving as a member of the NAACP, Milford Senior Center Board, Brandywine Counseling Board and the Behavioral Health Crisis Task Force.

“Chief Brown’s badge number, 5111, will be officially retired along with badge numbers of previous chiefs,” Whitfield said. “The Mayor and City Council hereby honor and take pride in bringing special recognition to the Chief of Police, Kenneth Brown, and commend him for his many years of exemplary law enforcement service, especially for his positive contributions to the City of Milford. The Mayor and Council wish him a long, happy and healthy retirement as he relocates to Dagsboro with his wife, Holly.”

Councilwoman Katrina Wilson stated that she and Chief Brown started pre-school together, so she was really going to miss him. City Clerk Terri Hudson announced that Chief Brown would receive additional gifts at his retirement ceremony planned for a later date. Chief Brown announced his plan to retire August 1 in May 2022.

“My wife has a funeral home down in Laurel,” Chief Brown said. “She’s become quite busy, and she doesn’t really have any help administratively. I’ve been toying with the idea of retirement but was trying to get through the new building, to wait for that to happen and get us moved in. We just sat down and had a conversation about it and felt it was the best way forward for us. I can unload some of my pressures and help her unload some of hers.”

The city is working with a specialized employment agency to find a replacement for Chief Brown.