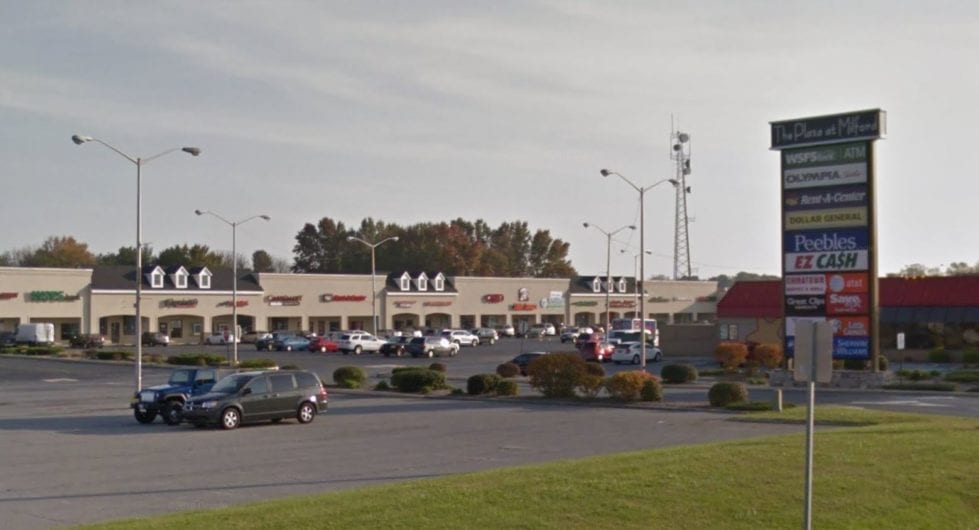 Milford City Council approved a request from Tsionas Management, the company that manages Milford Plaza, to place an additional freestanding monument sign for the Sherwin Williams business within the shopping center. James Grant of Tsionas Management provided details on the need for the sign.

“We are in a catch-22 situation right now,” Grant said. “We have to move the Sherwin Williams store to the old Sears store and one of their requirements is to have a dedicated sign.”

Councilman Mike Boyle commented that there were seven signs, and this would be the eighth. He has also heard that there may be more additions to that shopping center which may require additional signage.

Grant explained that The Plaza is in talks with Aldi who are considering placing a store in the former Sav-A-Lot location. In order for Aldi to have enough of a footprint, they will take over the Sherwin Williams store that is adjacent, requiring Tsionas Management to relocate Sherwin Williams. According to Grant, if they cannot relocate Sherwin Williams, Aldi will not move to that location. They are also in talks with Marshall’s who are interested in the former Peebles/Gordman’s location should Aldi’s agree to open a store in that shopping center. Grant stated that if Aldi’s did not locate in The Plaza, Marshall’s would not locate there either.

During public comment, Nina Pletcher asked why the company was requiring an additional sign since they were just moving to another location in the same shopping center.

“To give you a brief overview of what has happened,” Grant said. “Sherwin Williams has a lease, and we are asking them to move. There is no clause in the lease for that which means they come to the landlord and ask for everything. When a store moves into the center, we don’t usually touch the façade. However, we are going to redo the entire façade on the front of the former Sears store, do the entire fit out inside the store and they are asking for this sign in order to move. If we don’t give them what they want, they can say “we are fine where are” and we cannot make them move. If that happens, you don’t get Aldi and you don’t get Marshall’s. So far, Marshall’s is not guaranteed, but we have gotten positive responses from them. They want to be where an Aldi’s and Planet Fitness is located. There is no clothing store in competition with them. Sherwin Williams wants a sign right in front of the new location. They want a stand-alone sign on 113 and one on the front of the store as well.”

“They will go on the main board because they are anchor stores,” Grant said. “If you look at the sign, it is like a chess game. There are certain spots on the sign where people want to be. Where Gordman’s sign was, Aldi’s will go there. The placement of those signs on the main board are all spelled out in the lease.”

Councilman Andy Fulton commented that having big box stores like Aldi’s and Marshall’s in Milford was something citizens had requested. Councilman Doug Morrow pointed out that there had been a battle to get big box stores into Milford for years and that Marshall’s actually saw no competition in the area as a benefit.

“I can barely contain myself just thinking about Marshall’s and Aldi coming here,” Councilwoman Katrina Wilson said. “I am also happy Sherwin Williams would agree to be moved so I think because we are agreeing, we should accommodate them for whatever they need. We have been happy to have them all these years and just happy there is going to be some new stores to come and fill those vacant spaces.”

Councilman Boyle agreed that it would be very beneficial to have Aldi’s and Marshall’s in Milford but pointed out that he still felt it was important that the shopping center look attractive.

“I think you have to remember with shopping centers, they have a finite life and I think it is ten years,” Councilman Todd Culotta said. “Anchor stores are the lifeblood and without them the shopping center dies. They built The Plaza and then the one across the street with Roses and then Walmart further down the road. When you have anchors in there, it is the primary reason why people go. Smaller businesses benefit, too, because they bring in people. We can’t say we don’t want to see a sign so Sherwin Williams can say “well, we don’t have to move.” I think we are okay. I don’t think we are inundated yet. This is in a C3 zone. This is not a residential area, it is commercial. We can show whether we are business friendly or not.”

Mayor Archie Campbell commented that the city needed both Aldi’s and Marshall’s and that council did not need to be nitpicking about a sign. Councilman Jason James stated that it did not make sense to sacrifice one sign if it meant economic growth in the form of additional shopping options and job creation.