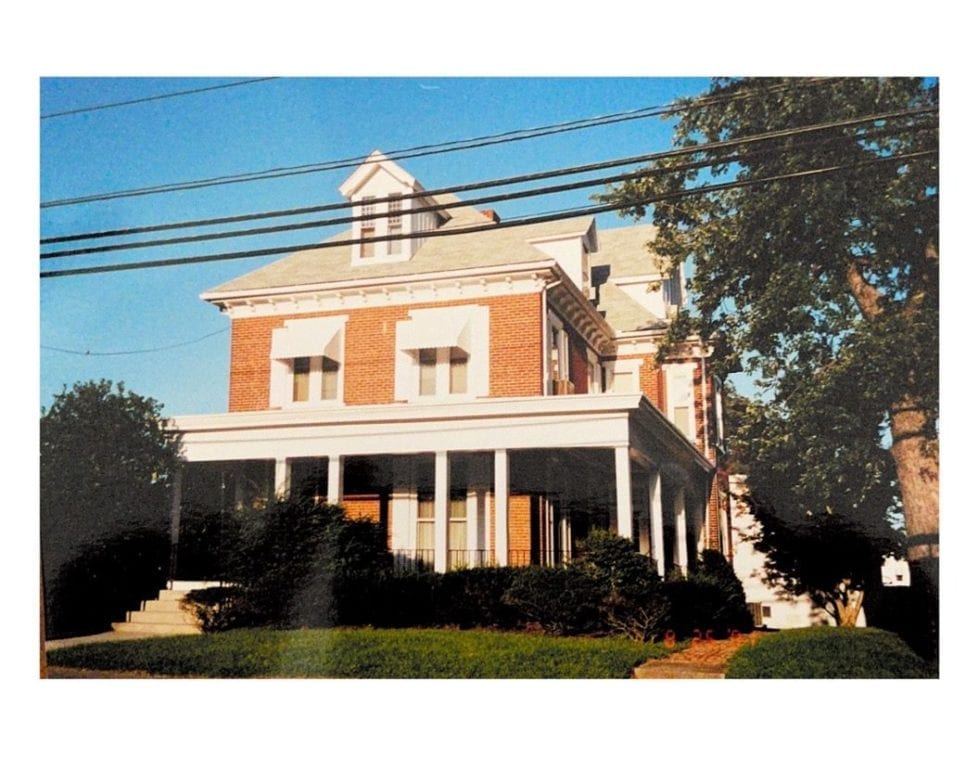 The Barker House was approved for a conditional use

On April 26, Milford City Council approved a conditional use application for 219 South Walnut Street. The building has housed Lofland Funeral Home, People’s Place and, most recently, the medical offices of Zarraga and Zarraga.

“We kind of fell in love with Milford,” Brad Schlotterbeck, who is in the process of purchasing the home, said. “It is extremely large, and we have 11 grandkids so we think we will have not problem filling it up. There is an existing apartment that we need to update and get a tenant in it. We have pre-approval on the mortgage and go to settlement May 30. We are looking at historical tax credits and it sounds like we may have to wait another 30 days or so after we settle to get started on the work.”

The home was built in 1880 by Charles Barker, an acknowledged authority on fruit culture who moved to Milford from Rochester, New York, in 1865. He originally lived on a farm outside of Milford, growing fruit and operating a dairy. He built an evaporator at the farm, shipping fruit all over the country. Barker was very active in The Grange and a member of the Milford Building and Loan Association.

The home was the location of early theatrical activities in Milford as well. Many historic photos housed in the Milford Museum were taken on the porch and in the front yard of Barker’s home who was very active in productions held at Dorsey Hall and Armory Hall.

The home was purchased by Joseph S. Lofland who used the location as a funeral home until they build a new location on Lakeview Avenue around 1980. The building was then used by People’s Place until around 2000 when they build a location on Airport Road and the Zarraga’s took over the location for their medical practice. The home has been vacant for several years.

Councilman Dan Marabello asked if the parking lot would remain like it is currently and Schlotterbeck stated that, for now, it would.

“This is going to be a rather extensive remodel,” Schlotterbeck said. “Wea re looking at between six and nine month’s worth of work. The plan is to whittle down the parking lot, especially hat is up north toward the road and by the house, adding more grass space.” According to Schlotterbeck, the apartment appeared to have been there some time but had not been used for a while.

“Will they conduct business on the property?” Nina Pletcher asked during the public hearing portion of the request. “And if they decide to do so, will they have to come back to council?”

City planner Rob Pierce explained that small home use businesses in that home would not require council approval. Schlotterbeck explained that he was a kitchen and bath designer.

“We have a showroom right now in Dagsboro,” he stated. “We do plan to use this home to show clients.”

Councilman Todd Culotta, who lives just a few houses away from this home, stated that council should have a discussion about some of the houses in that area as many have large outbuildings that could be converted to apartments similar to what exists in this home, thinking that allowing this without the need to come to council could encourage people to purchase the older homes in this area of town.

“I had the opportunity to meet the applicants a few weekends ago and I think they are going to be great for the neighborhood,” Councilman Culotta said. “I look forward to them moving and becoming a part of the community.”