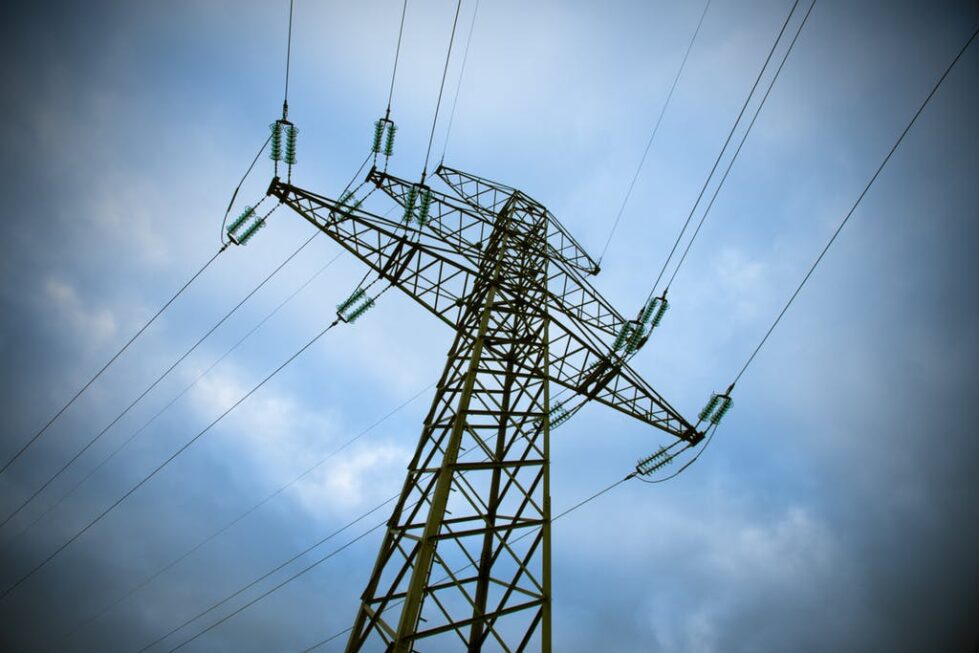 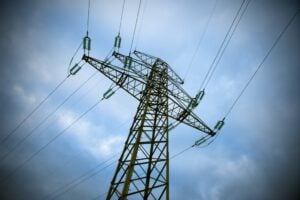 Although the city currently offers electrical service, a study found that offering broadband service through the city was not feasible.

The City of Milford received information from Uptown Services regarding the installation of broadband throughout Milford that would be managed by the city. According to Mark Whitfield, City Manager, Uptown Services specialized in assisting companies with municipal services, such as electric and broadband. Dave Stockton and Neil Shaw provided the city with details of the survey they conducted which determined it would not be feasible for the city to enter into the broadband industry.

“As you can see, we reviewed six key tasks in order to identify and evaluate the financial feasibility for the city to enhance the availability, affordability, reliability and capacity of broadband infrastructure for residents and businesses,” Shaw said. “That involves market research, product strategy, how you’re going to operate the business, what the technology strategy may be and then what the financial performance of the proposed business is across different scenarios.”

Stockton pointed out that Milford currently has two providers offering broadband, Comcast, which has the dominant market, and Verizon DSL. T-Mobile also offers broadband service but requires a cell phone plan while one of Verizon’s offerings requires a voice line. Costs range from $40 per month for the Verizon voice-line plan with 3M download speeds to $299.95 per month with Comcast for 6G service plus $30 per month to remove the data cap. Bloosurf and Starlink offer broadband in limited areas with prices ranging from $65 per month to $110 per month.

“So, we actually had a complete sample of 683 respondents to our survey out of 4,400 households selected,” Stockton said. “The survey showed that 96 percent of Milford households subscribe to internet service at home with 77 percent using a wired connection. About eight percent use home internet, which is usually through a cellular plan while about four percent use satellite and another four percent have no internet.”

According to the survey, lower income houses are less likely to have a wired internet connection. The survey also found that price was the highest determinant of satisfaction with internet service although reliability was also ranked highly. A higher percentage of internet subscribers also felt that social connection and entertainment was more important than working at home or learning applications. About 63 percent stated that they were subscribing to an internet service with lower speeds due to price.

“When we asked households if they were aware that Comcast and Verizon offer discounted internet, 56 percent said they did not know while 36 percent answered no,” Stockton said. “In fact, both Verizon and Comcast offer discounted internet but there’s a very low awareness of affordability programs that offer subsidized discounts to households that income qualify. There’s actually $14 billion in federal funds available to provide to internet providers that offer an affordable program and this is called the Affordable Connectivity Program. So, it simply states that a provider can take $30 off what they are subscribed to and that provider will be compensated that $30 through federal funds that are behind this program.”

Based on the survey, between 14 and 25 percent of American’s qualify, but many are unaware of the availability of reduced cost internet for those in low income families. The survey also found that if the city offered broadband service, 16 percent would purchase from the city while 22 percent preferred to remain with Comcast. However, 42 percent would switch to a city-owned fiber system if it was less expensive than Comcast.

“So, now we look at the technology piece,” Shaw said. “So, the first thing we’re going to look at is the utility assets, and mainly in two ways the whole infrastructure and the fiber infrastructure. You’ve got over 3,800 primary electric poles that look to be in fairly good shape. You’ve got space on those poles to attach additional fiber if you need to and a high likelihood there is space to put a radio on those poles as well if required. You have streetlights on the electric poles for the most part and the aerial overhead areas for your electric system. And then and those are Cobra head attachments, and then you’ve got decorative streetlights in the areas where the electric is underground.”

Shaw covered the various types of wireless that could be installed in the city and the various costs involved. He then discussed the various scenarios that could be employed by the city. These included a Milford-owned system supported by the current IT Department as well as one with its own department. Another option was a Milford-owned system with an external operating partner or a partnership with an already existing provider, such as Comcast or Verizon. Based on the details provided, the cost to install the equipment necessary as well as staffing would be significant and, future predictions of income showed the project would lose money over time as charges to customers would be higher than they would be willing to pay based on the customer survey.

“So, in terms of where we are, the conclusion to this study is that you’ve definitely got an affordability of internet issue for many households,” Shaw said. “But, unfortunately, the facilities-based WiFi strategy isn’t feasible and it’s not even close. It would have to be something that would be done as a substitute. The next steps would be to try to tap in more to the ACP benefits within the target community. Hopefully, collaborate with local providers to enhance their offerings and awareness campaigns for ACP. Partnering with a local school to gain a better understanding of student needs and maybe target some solutions to that. Maybe consider limited WiFi in public places with this technology we just talked about.”

Councilman Jason James asked if the four percent of households without internet were in a particular section of the city. Shaw explained that they did not geocode locations which means they didn’t have locations of the responders for the survey. Councilman Todd Culotta reminded council that citizens only had Comcast or Verizon DSL as there was not FiOS available yet in the city.

“Well, I think in terms of feasibility is, at least in my opinion, what I seen that we want to get into in terms of next steps. I think the affordability and connectivity program is something that we really need to work with the schools. We need to work with the churches and other organizations out there to let them know it is available,” Whitfield said. “When you only have nine percent of people actually knowing about it, that’s money that’s just sitting out there waiting for them to be able to access. I think the other side of it is we need to look at where would we like public Wi Fi ansa system for ourselves. Either Comcast or another system to offer free Wi Fi in those public spaces, I think the Boys and Girls Club offers it. So, I do believe in terms of us supplying areas. That’s a doable thing but in order to roll something out citywide would be really off the table.”

Councilman Culotta questioned how soon some of the technology would be obsolete, stating that electric service does not become obsolete, but bandwidth and internet could quickly change.

“During the pandemic, of course, this became a really big thing,” Councilwoman Katrina Wilson said. “In my former job, in the medical field, we got information about connectivity because it was something that was known and we were pushing to help the children because it was really, really a serious time. A lot of the children were not able to do their studies because of not having internet and or internet not working properly. So it was a major thing.”

Councilman Brian Baer mentioned children having to learn who did not have computers and Councilwoman Wilson pointed out that the schools did give them laptops and tablets.

“I also heard stories of cars in the McDonald’s parking lot with kids doing homework,” Whitfield said. “The good thing about education is you don’t need a lot of speed. You can get by with slower speeds, so some people may be, in terms of speed, if all they really want is their child to be able to do homework, you can get by with that basic package and as they stated. If you buy the basic package and sign up for the Affordable Care, you can almost get it for free or with very little out of pocket costs but they have to know about it, have to sign up for it.”

Councilman Culotta felt that the next step for the city was to get the education out to the public about lower cost internet from providers already in existence in Milford. Whitfield explained that it is online and it has gone in the city newsletter, but that he felt that may not be as effective.

“We’ve got to work with the schools, directly with the students and the churches in order to get the word out because it it’s out there that you have to go in and sign up for it and whether we do workshops with people that we set up laptops to help them sign up for it,” Whitfield said. “Get a crew of volunteers to help people sign up but again, the help us out there and I don’t know that this is a problem that the city needs to fix, per se with our own infrastructure. But we do need to do our part and trying to get that information out there, to facilitate awareness.”

Councilman James mentioned that he knew of people who signed up when they learned of the programs through Comcast mailings. Councilwoman Wilson echoed Whitfield’s concerns.

“Like you said, Mr. James, if we need to help Mark facilitate some of that, if we can have the literature in hand in some of the local churches to just to let them know because just by sending a letter, a lot of times it just doesn’t work. It just doesn’t work,” Councilwoman Wilson said. “If you go out there and say hey, I’m just here to bring awareness these resources are available. And it’s so much needed. It’s very much needed. And if we can help with that, that’s just something else that will benefit the city because the individuals, our residents, our citizens will know that we care about how they stay connected.”

Councilman James asked how they could receive information on the program from Comcast.

“I just want to say they do have some paperwork from Comcast. I think it’s actually right there in council or in city hall’s lobby and we can get it in Haitian and Creole as well,” Sara Bluhm, Economic Development and Community Engagement Administrator, said. “And so we just have to get it, it’s free. I just go in, I log in and I can order more. So, if you need more flyers, they’re also in our Customer Service building, but we can get you the paperwork and the talking points. And all that is direct from Comcast.”

Councilman Boyle asked if the city was working with the school district, recalling that he had received information in his bill from Comcast, but he felt that sending flyers to current customers may be focusing on the wrong target market. Bluhm explained that the school district was aware of it, but that she could reach out to the district’s public information officer and remind her.