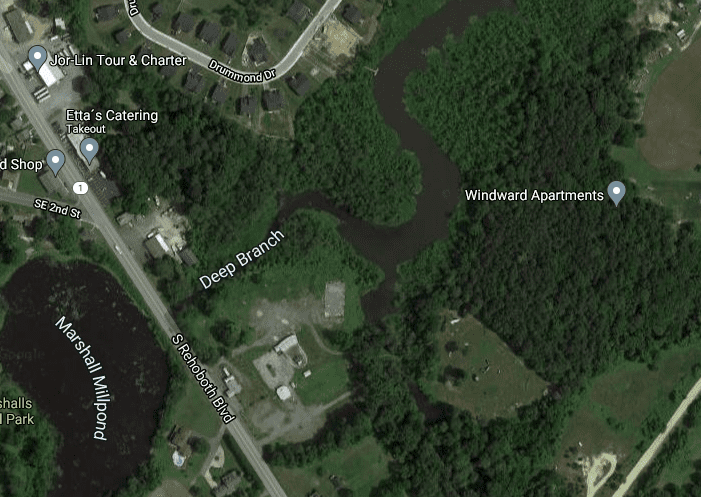 Milford City Council approved a request from Walter and Sharon Feindt to annex vacant property on South Rehoboth Boulevard and to change the zoning from AR1 to C1 residential. The property is currently under contract for purchase by the developers who are constructing the Winward on the River residential community and the Deep Branch Plaza retail facility.

“The Annexation Committee approved the annexation but were opposed to changing the zoning to C1 by a vote of two to one,” Rob Pierce, City Planner, said. “The Planning Commission voted to approve the annexation as well as the zoning change with a vote of four to zero.”

Cliff Mumford, Civil Engineer with Davis, Bowen & Friedel, explained that the request for C1 fit with the 2018 Comprehensive Plan for the area and provided details on what could be placed in a parcel with C1 zoning. Permitted uses included studio workshops, beauty and barber shops, retail, restaurants, but not fast food, convenience stores, banks and business offices.

“Many of these uses are already approved for the adjacent Deep Branch Plaza,” Mumford said. “The proposed site will allow ingress and egress from Rehoboth Boulevard and there will be sidewalks. Other properties nearby that are zoned C1 include Liquor Stop, Mispillion Realty and a bait and tackle shop. The residents of South Milford will benefit from this zoning as it would offer additional shopping options. It would also reduce congestion on Northwest Front Street and would be convenient to the residents who will be living in the Windward complex as they could walk to retail locations.”

Councilman Michael Boyle asked if there was a plan for the parcel at the present time, expressing concern that the code allowed for a convenience store. Mumford stated that, at the present time, there was not a concept plan and that the main reason for the zoning was to eliminate the need for an easement from the Feindt’s for the entrance to the retail location.

“Initially, the plan was to just issue an easement on the property to the Feindt’s,” Mumford said. “They filed an extension for Deep Branch Plaza because they realized it may be better to just purchase the property, have it annexed and zoned commercial in order to create a better entrance.” Pierce also explained that the annexation and zoning change would provide additional land for an entrance as well as expansion of the retail area.

After the motion to change the zoning and to annex the land, the measure passed with a vote of four to three.

“I think this is out of character with the residential nature of the community,” Councilman Dan Marabello said. “It is a one lane road, and I don’t think it can sustain the traffic.” Councilman Boyle agreed, stating that the zoning was “wide open,” voting no because he did not feel he had enough information on what could go on the parcel. Councilman Brian Baer also voted no, stating that he was concerned about residential property owners in the area.

Councilman Andy Fulton voted yes for the zoning change and the annexation.

“The residents moving into that area need the convenience other areas of the city have,” Councilman Fulton said. “People over here need the same amenities offered throughout the city.”

“I have always thought Rehoboth Boulevard was a commercial access to the city,” Councilman Culotta said. “It has some residential built close to it, however, I think we need to promote the commercial use as well.”

Councilman Jason James also voted yes, stating that Rehoboth Boulevard is primarily commercial until the very southern portion of the road. He felt that the annexation and zoning would become part of an existing development that already had similar zoning and that it would help the access into the developments.

“Our strategic plan means something,” Councilwoman Katrina Wilson said. “When we approve certain areas, we always need to think about that plan and that area is definitely commercial. I agree with Councilman Fulton. We need to evenly disperse our commercial and residential sections and make it, so it is not one-sided. With all the growth in that area, they are going to need and they are going to appreciate those stores.”