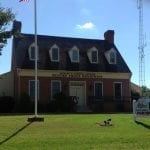 In an effort to promote recruitment for the Milford Police Department, Milford City Council approved a program that would allow police officers to take home vehicles. This required the city to purchase a much larger fleet of vehicles. Before the retirement of Chief Kenneth Brown, he indicated that there would be a delay in the delivery of the vehicles purchased due to supply chain issues many dealers were experiencing. At a recent meeting, Acting Chief Ed Huey reported that there would be an additional delay.

“We got a disturbing call from the vendor on the take home car program,” Huey said. “Ford Motor Company are unable to offer us the 2022 model year for hybrid engine police cars that we had specked out. They told us that was possible in the beginning, so that was not a huge surprise to us. But when Hertrich added that they could not honor the state contract pricing on that, we inquired about how much additional that would be. They quoted $7,600 per vehicle. When we ordered the cars from them, they promised that even if they could not deliver the 2022s we would get 2023s at the same price as the 2022s.”

Huey explained that they investigated the issue and found that Hertrich lost the state contrac back in May but that they had failed to disclose that to the city. After searching online, the department found that Winner Ford now held the state contract and the contacted them about the vehicles.

“We can get the vehicles at a slightly higher price,” Huey said. “It’s about $2,657 higher to get that vehicle but we expect they will be the 2023 model year. I’d like to thank Lou [Vitola, City Finance Manager] for his help in figuring this out and working through the logistics of that.” Huey stated that the state contract documents indicate the minimum delivery time for the vehicles is 30 weeks.

The city was able to purchase two replacement budget year cars from Hertrich that were a different model. They are Dodge Durango vehicles ordered that had been ordered by the federal government who decided not to take delivery of the vehicles. This allowed Milford to save about $2,800 per vehicle by purchasing the V6 gasoline engine vehicles that are not hybrid.

“The other thing I wanted to kind of bring to council’s attention is that you may notice that the stats for the month show that felony and misdemeanor arrests went way up,” Huey said. “I looked into that to see if there was something really bad going on that I had not heard about yet. Luckily, it was not. They were cases that the officer’s executed warrants which were multiple event warrants. This means crime levels have not increased.”