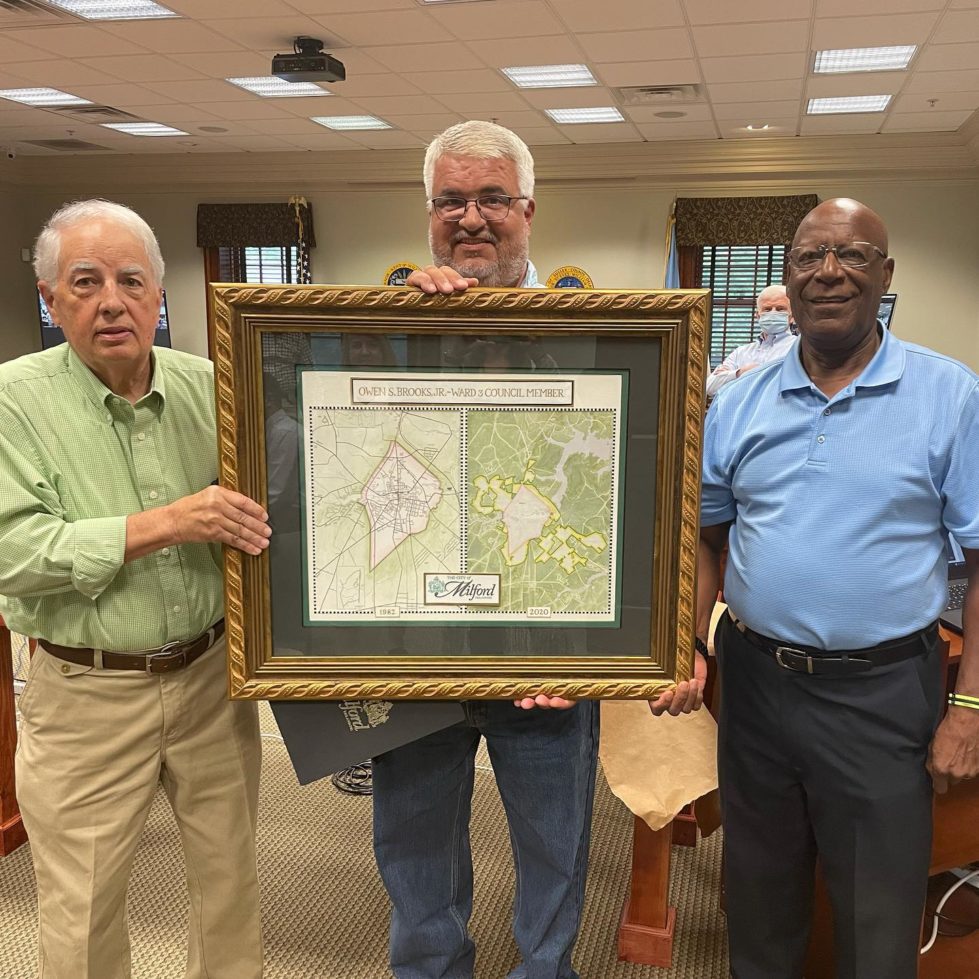 Former City of Milford Councilman Owen S. Brooks, Jr. was recognized at the regular meeting of City Council on Monday, April 9. Brooks served on City Council, representing the 3rd Ward, for 38 years, often running unopposed. He lost his seat to Councilman Brian Baer in 2020. After Mayor Archie Campbell read the proclamation honoring Brooks, he explained how he ended up serving for so many years.

“When I was running for election, I went to every house in the 3rd Ward,” Brooks said. “I knocked on doors and talked to everyone. I’d go home and go back out the next night. I ended up winning that election by four votes. That was also the same year that Ronnie Rogers began serving as Mayor and they called us the young kids.”

Brooks explained that he coached Little League for 53 years, served 38 years on council and, as of July 23, he had been married to his wife, Rose, for 60 years.

In addition to the proclamation, Brooks was presented with two hand-painted maps created by Nadia Zychal. One shows the town in 1982 when Brooks took office and one of Milford today. He also received recognition from Milford Police Department Chief Kenneth Brown.

“He has been a strong supporter of the Milford Police Department,” Chief Brown said. “We appreciate all you have done for us over the years, and we thank you for the constant support we have received.”

City Clerk Terri Hudson also presented Brooks with the council photo taken of him during his last term.

“We have so many photos of Owen,” Hudson said. “In some he is smiling and in some he is not. But the last one we took of the council members I have always thought was the best one taken. We want him to have it as it is such an excellent photo. I can also attest that he is married to a great woman. Any time I could not get ahold of Owen, all I had to do was get up with Rose and he would get back to me right away.”