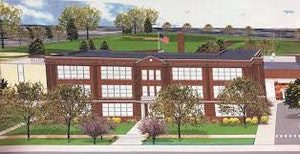 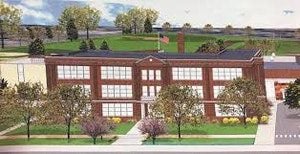 After the Milford community voted overwhelmingly for a referendum that would allow Milford School District to renovate the former Milford Middle School building on Lakeview Avenue, the historic structure will receive a much-needed facelift over the next several years. On Wednesday, October 27, over 2,000 Milford residents went to the polls to vote for a referendum that would allow the district to renovate the building, a project that will cost an estimated $57.2 million with the district paying 27 percent of the cost, amounting to around $14.8 million. The state will cover the remaining costs.

“The Milford School District is incredibly grateful for the support of the community,” Dr. Sara Croce, Chief Financial Officer, said. “We will begin working with the State of Delaware to prepare for the next stages of the project including the bond sale.”

The passage of the referendum was welcome news for the district whose schools are all at or over capacity. Once the new school is remodeled, it will house fifth and sixth graders which will reduce overcrowding in the three elementary schools as well as the Milford Central Academy.

The district held several informational meetings to present the need for the renovation to the public. The school, which closed permanently in 2013, has historic value in Milford. It was originally built in 1929 as Milford High School. It was where the first black students attempted to integrate public schools in 1954 when the Milford Eleven enrolled. Although that attempt was not successful, seven African American students did integrate the school in early 1960s.

This was the third attempt to address the abandoned school in Milford. In 2014, the district was denied a request to demolish the building and construct a new middle school on the Lakeview Avenue property. The following year, they proposed demolishing or selling the building and constructing a new high school on land where Simpson Crossing now stands. Both options were denied by voters with many requesting that the district come up with a plan that would allow them to use the historic structure.

In 2019, the district hired TetraTech, an engineering firm to conduct a thorough examination of the building. They found that the older portion of the building could be rehabilitated while the newer wings that had been added over the years needed to be demolished. They created an artist rendering of what a new school would look like should that plan be adopted. The district received a Certificate of Need in 2020 which allowed them to go out for referendum, but due to the pandemic, they chose to wait until this year to hold the vote. Over the past few months, they have held multiple meetings to provide the public with information on why they needed to renovate the old school.

“We sincerely thank our district and community members for their participation in the referendum vote,” Dr. Kevin Dickerson, Superintendent, said. “We are excited and appreciative for our district-community’s support of the proposed project and successful outcome. This project will significantly benefit our students, first and foremost, and entire district community. We look forward to the next steps leading o the renovation of the school and revitalization of the site.”