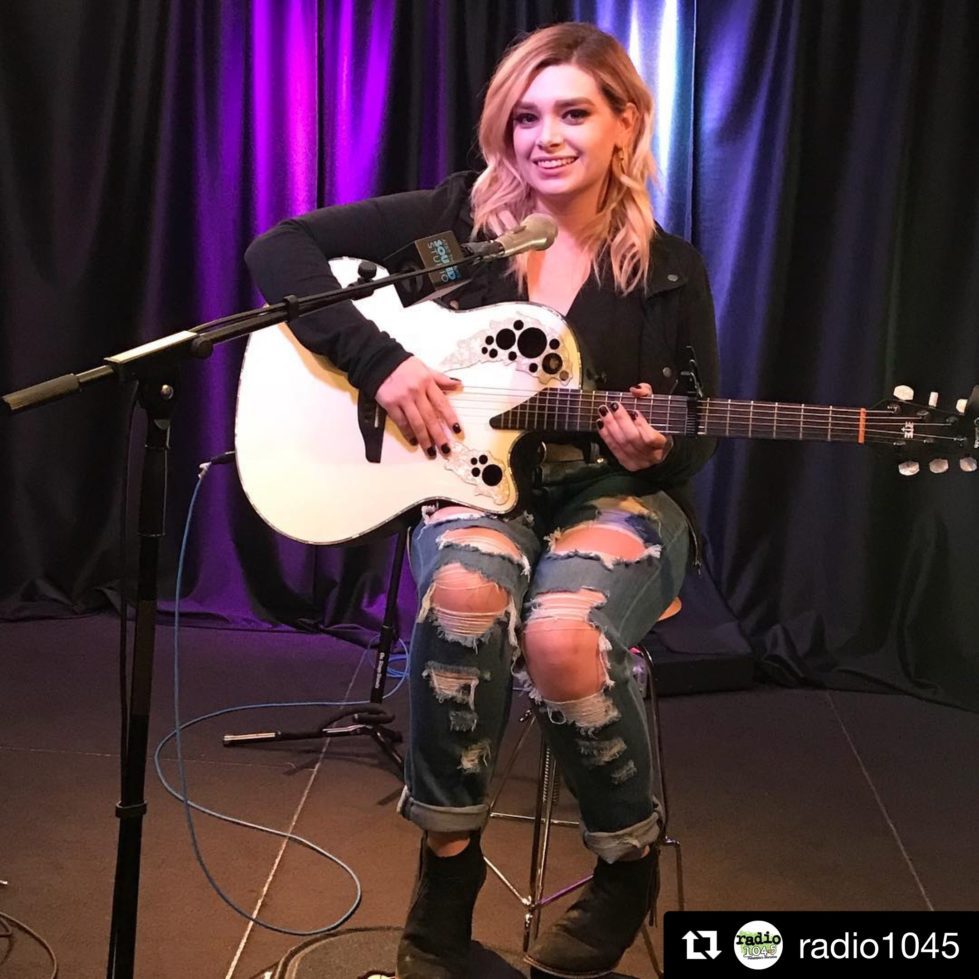 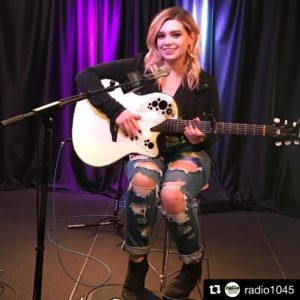 Melissa Menago, one of the headliners for the Ladybug Music Festival planned for July 30 in downtown Milford, does not know what it was that drew her to music. She naturally gravitated to it as far back as she could remember, playing melodies by ear on the piano and then teaching herself to read music.

“My parents helped foster it from there and found me a piano teacher,” Menago said. “Then, I took up voice. Then guitar. I’m currently learning mandolin, banjo and violin, so I guess I started and still just can’t stop. My dad was also a big part of it, as he plays guitar and sings and always had music playing in the house. He got me my first guitar.”

Menago grew up in Wilmington, attending Cab Calloway School of the Arts. She attended Drexel University in Philadelphia where she remained after graduation.

“I found my bandmates in Philly and I’m lucky to work in music every day,” Menago said. “I am a voice-over artist, songwriter, producer and I teach music, too. I actually teach the songwriting course at Drexel now, which is pretty wild to teach a course that was a favorite of mine back in my own college days. My band, June Divided, just celebrated our 10 year anniversary this past February, so we’ve had quite a decade together. I had a solo album on Chesky Records back in 2016, and I’m finally gearing up to release another solo album independently, which I’m really excited for. I’ll be playing some songs off my upcoming solo album for my set at Ladybug this year.”

Menago explained that she views herself as a songwriter and that performing is just part of what comes with that job, stating that she really has never enjoyed performing. Despite that not being her favorite part of her job, she feels she has become good at it and enjoys it more than she did initially.

“Since I am more comfortable on stage now, I guess I can say that I like seeing how the crowd reacts to songs I really put my heart into, that’s some real validation as a songwriter. I also like how being in front of people so frequently has made me more comfortable in social settings, as I used to be pretty shy and quiet,” Menago said. “I wasn’t even nervous at my own wedding and I’m sure that has to do with being in front of people. So, that’s definitely a plus.”

One of the biggest challenges Menago faces in her industry is sexism, explaining that so many of her negative experiences in the industry were rooted in it. She stated that she could probably write a novel on how often she experienced sexism and how unkind the industry can be to women. Although it has improved in the decade she has been in the business, Menago feels there is still a long way to go. She pointed out that women in the industry need to be resilient and that she had seen many of her fellow female artists fight the same battles. She is proud, however, that so many “dig their heels in” and are still doing it.

June Divided was a headliner for the Ladybug Festival when it was held in Wilmington in 2017 and says that being in the northern Delaware and Philadelphia area was how she became involved. Although she has not performed at the Milford festival, she spent summers in Rehoboth and is familiar with the town. Menago feels that festivals like the Ladybug Festival help bands build new audiences.

“June Divided has done a ton of them and it exposes you to new audiences, new places and let you discover new artists or catch your friend’s sets, too,” Menago said. “Our biggest ones were Warped Tour and Milwaukee Summerfest. We performed during SWSX, too. In Philadelphia, we did Radio 104.5’s Winter Jam, so that was a cool one. We played a huge festival in Boston in 2019 called Rockstar Disrupt Fest and I believe we also did Canadian Music Week once, way back. I’m sure there’s more I’m forgetting. These festivals are always fun.”

Although she does not know the date her next solo album is coming out, Menago is excited to continue playing with June Divided who will play a free outdoor live show in Philadelphia on August 19 at Eakin’s Oval by the Parkway. Her music along with June Divided’s can also be downloaded on streaming platforms like Spotify, Apple Music and more. You can follow her on Instagram, Twitter and TikTok (@melissamenago) or find her on her Facebook page https://facebook.com/melissamenagomusic. June Divided can be found on social media (@junedivided) or visit their website at www.junedivided.com.