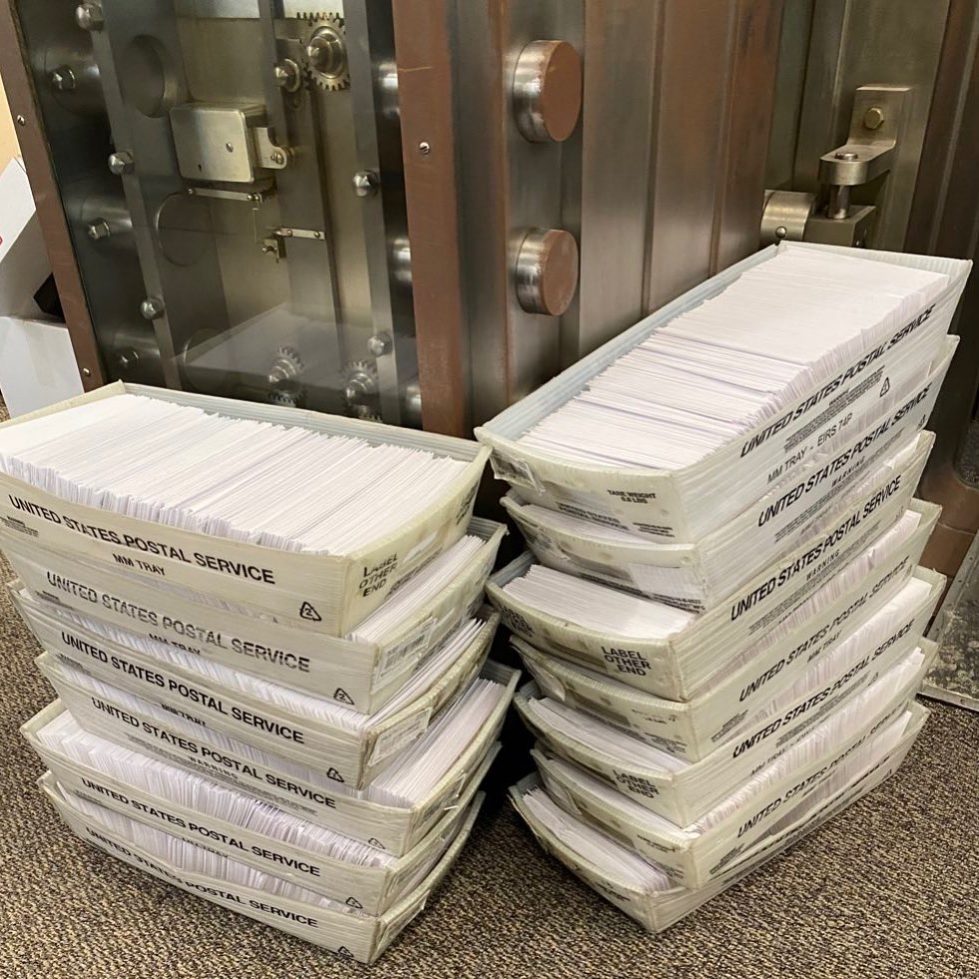 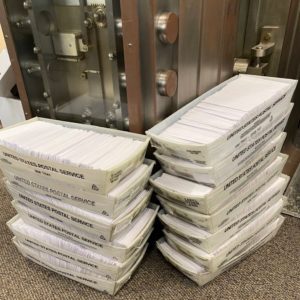 At a recent workshop, Milford City Council learned from City Manager Mark Whitfield, Financial Director, Lou Vitola and Cash Operations and Revenue Manager, Suzannah Frederick, about how the city’s Customer Service Department had overcome obstacles over the past few months. The department dealt with staffing issues, a lobby closure due to COVID and technical problems that led to a significant number of phone calls over the past few months.

“I remember thinking the Customer Service Department had a really good month back in November, with a really nice recovery of some past dues,” Vitola said. “So, I wanted to get an update on the books while times were great and then, of course, we’ve dealt with COVID and staff turnover which is coinciding with this presentation. Suzannah has a great story to tell, she’s come a long way in the time she has been leading the department. What I report on to you is truly to her credit.”

Frederick began her presentation by introducing her staff in a slide presentation. She explained that two of the staff members were bilingual and had provided significant assistance to the Spanish speaking population in Milford. As of January 26, the department was fully staffed although they were still dealing with absences, some related to the COVID-19 pandemic.

“I think Lou and I were both surprised when we started putting this together and seeing some of the numbers on here,” Frederick said. “We’ve had a lot of growth in the three core utilities over the last year and tax parcels are growing. We issue over 9,000 utility bills each month. But then, on top of that, we have a lot of things that are lower volume but require a lot of demands on time and immediate action. Some of those things are our settlements. We have about 50 settlements a month, but those are all immediate action items we’ve got that we have continued frequent communication wit the attorney’s offices and have developed a good working relationship with them. We have high utility transfers around the first, 15th and 30th of each month. That’s for most of the rental units and lease holders.”

AMI Service software used by the city was recently upgraded which now provides Frederick with daily reports, making it easier to catch leaks so that customers can be notified. With the closure of the Customer Service Department lobby, the city has been encouraging customers to use the online payment service.

“When we ran our telephone report, I was shocked to find out that we answered so many calls and this was just calls outside the company, not my calls to Lou or IT,” Frederick said. “We had about 30,000 incoming calls pertaining to everything in the city, trash collection, outages, permit information, utility billing. We did all this with staff levels that, at best, were 75 percent. We were pretty low in cash operations throughout the whole year, so we were always required to pull somebody from customer service, billing and parks over to cash operations. We were constantly juggling customer staffing through the next year.”

Frederick also provided details on how the billing cycle for utilities worked. She explained that delinquent letters go out two days after the bill is due and customers are given nine days before disconnection will occur. Mayor Archie Campbell asked her to explain the disconnection process.

“The city code has that in there that we are required to provide, in writing, when they will be cut off, so that’s why we send out the pink slips or disconnect notices only two days after the bill is due,” Frederick said. ‘If we haven’t received the payment after by Tuesday, we send out the notice just as a second form of communication directly to the customer. And then on the ninth day, we begin disconnecting from payments that were due on that Monday.” Mayor Campbell asked if the city accepted partial payments before disconnecting and Frederick said that they do try to work with the customer.

Although there are two staff members who speak Spanish, there is not a member of the Customer Service staff that speaks Creole, although Frederick explained they had sought someone who could speak the language. She explained that most residents who speak Creole brought an interpreter with them to assist with any questions. Frederick also provided information on partners the city worked with, including Delaware Municipal Electric Corporation (DEMEC) and organizations who were able to assist customers with utility costs.

“There was a strong push from leadership and council to have a strong presence downtown,” Frederick said. “We’ve worked hard to build that and have been part of the Holiday Stroll where residents can come into the office during the stroll. We have a lot of people who benefit from our drive thru.”

Frederick explained that the city has had to be flexible with the staff over the past 18 months, helping many to work remotely. In the beginning, Frederick said they were splitting time working remotely until the past few months when the department was hit hard by COVID. This led the department to allow more employees to work remotely as much as possible. She credited the IT staff with helping them get the technology necessary that allowed staff to work remotely. With the closure of the lobby, the drive thru has been extremely busy with customers who prefer to pay their utility bills in person. Frederick stated that the department was also considering adding service kiosks that could be placed in a well-lit 24-hour location that would allow customers to pay utility bills.

“For employees, we are considering a staggering or flex schedule,” Frederick said. “We have one cash operations clerk now that works 8 AM to 4:30 PM, but sometimes comes in at 9 AM and works till 5:30 PM so she can be available for all those customers that come in right around 4:30, we tend to get a rush about 4:25, so that gives us that extra flexibility for customers. We are also considering transitioning somewhere to a remote workforce with a form of hybrid workforce where staff occupied other buildings or work from home in the new Office 365 environment, our VoIP phone systems, smart metering and other things we can do remotely. We still have a lot of limitations, though. Our current roadblocks are demographics of our residents and customers that are not ready to give us an email address or make an online payment. We have a lot of people that still want to come in and see us face-to-face that want that paper bill in our hand. The internal work order process is still very paper driven and that’s something that will be fixed with our new Tyler software.”

Councilman Dan Marabello asked Frederick what percentage of customers were using the automatic billing method and Frederick responded that she did not have those exact numbers but indicated that more customers were signing up for the automatic billing option than before. Councilman Marabello also asked if the credit card fees were significant and if the customer was required to pay those fees when paying online. He also suggested offering an incentive to customers, such as a discount on the bill.

“Any ideas like that are welcome,” Frederick said. “That would need to be approved by you, by council. There are fees with credit card payments, and we do absorb that cost for utility payments.”

Councilman Jason James commended Frederick and her department for managing under adverse circumstances over the past few years.

“I know you mentioned a lot about the building, and I know what you are speaking of,” Councilman James said. “I know you’re looking into the future, but I’m still gonna throw this out there to you and hope this is a hard consideration. It is going to sound like giving up, but we need to look at how much of a building we could need because you know with the systems and the home workers and everyone’s becoming more remote. My job has become used to working remotely. I can also see how having a presence for some is great. For some, the drive thru is really important. My wife always uses it because she refuses to get out of her car. At some point, that building will be more than what we need, so we need to continue to study it. I can see that happens in the near future, but it is just something to consider.”

Frederick explained that she, Whitfield and Vitola were having conversations about the building but pointed out that the drive thru was very heavily used. They also have many customers that still pay by cash and those kiosks could help reduce some of the traffic at the drive thru.

“I have a question about paying online,” Councilwoman Nirmala Samaroo said. “I remember when I came here in 2018, registering was kind of difficult. I don’t know, they had glitches. And I was just asking somebody why she as going to the drive thru and asked why she did not pay online, and she said she registered to pay online and there were problems when she tried to log in. That was the same problem I had when I tried to log in. You had to call to get the passwords, because there was some problem even after you created the password. I wasn’t sure if that is still a problem, was just a glitch or something that has been fixed. I think a lot of people try to do online and if there are problems, they just give up and come in.”