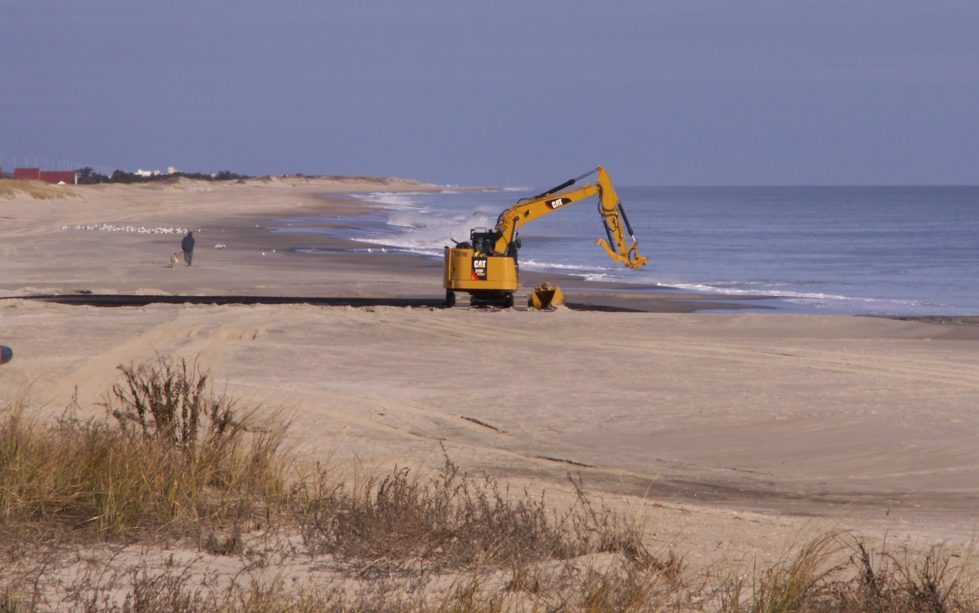 Delaware’s inland bays, canals and waterways are about to become easier to navigate after the General Assembly last month authorized a record $16 million for dredging projects.

The hope is that boaters will be able to enjoy more consistently navigable channels and avoid running aground in the Indian River, Rehoboth and Little Assawoman bays.

Funding for dredging and navigational aids comes predominantly from boat licensing fees, which were doubled in 2017.

Registration for boats 16 feet and less in length now costs $20 per year.

As a point of comparison, the recently completed Massey’s Landing dredging project near Long Neck came at a cost of $4.6 million.

That’s why legislators sought $16 million in funding to allocate toward DNREC’s backlog of dredging projects. Several Democrats and Republicans mentioned increased funding for dredging as one of the highlights of 2022 budgets, which went into effect July 1.

“It’s a safety issue,” said Gray. “We have many boats in our bays and they need to have channels that are deep enough that they don’t run aground and cause injury to boaters.”

Clark Evans, who is the manager of Old Inlet Bait and Tackle in Rehoboth, said that sedimentation in the inland bays has been a problem for boaters for as long as he can remember.

“We used to have a vibrant winter flounder fishery from the 60s to the 70s and even into the 1980s, and we don’t have that fishery anymore because they need a 6-12 foot channel and that just doesn’t exist,” Evans said.

A contributing factor to the problem of sedimentation is the increase in tidal flushing within the Indian River and Rehoboth bays.

“Flushing” refers to the replacement of water into and out of a bay as a result of tidal flow.

According to the Center for Inland Bay’s 2016 State of the Bays Report, “Years ago, the inlet to Indian River Bay was shallow and moved around; it cut through the barrier island at various locations, blown out by one storm, closed up by another.”

The current inlet was stabilized with jetties by the Army Corps of Engineers in the 1930s in order to make Delaware’s Atlantic coastline habitable and reliable for transportation.

Since then “the inlet has deepened over time, passing greater volumes of water and increasing the tidal range of the bays,” the report detailed.

The increase in tidal flushing has been good for the bays in some ways. Because more water flows in and out of the ocean, nutrient pollution is able to be flushed out at much higher levels than before, contributing to an overall improvement in water quality.

One notable downside is that tidal changes are far more significant than before. In Delaware’s inland bays, high tides are much higher than they were a century ago, and low tides are much lower.

This is because the deep, stabilized inlet is able to transport significantly more water than the shallow, untamed inlets that had existed in the region for centuries.

With such drastic tidal fluctuations come strong currents. While the area directly underneath the Indian River Inlet Bridge has become nearly 100 feet deep, other areas of the bay accumulate large deposits of sediment.

“With more water that comes in during high tide, there’s also a lot more water going out,” said Chris Bason, executive director of the Center for Inland Bays.

This means that at low-tide, the bays are “a lot more shallow than they used to be,” said Bason. “People say ‘Gosh, are the bays filling in?’ because the water is much lower than it used to be – within people’s lifetimes.”

The bays are not filling in. Rather, they are unable to retain much of the water that would be there if not for the deep, stabilized inlet.

With the massive fluctuations in water level comes increased turbulence, which contributes to the shifting and disappearing of navigable channels.

The problem has worsened since the construction of the new Indian River Inlet Bridge, according to Clark Evans. Since 1934, six bridges have spanned the inlet.

The new inlet bridge is a cable-stayed bridge, meaning two large pylons stand on either shore of the inlet and suspend the bridge deck with cables.

The prior bridge was a steel-girder bridge with pylons extending from the deck into the water.

Because the prior bridge’s pylons aren’t there to disrupt the flow of water in and out of the inlet, flushing has become especially pronounced.

The inlet has become one of the fastest moving and most dangerous in the country.

Short of more drastic solutions, such as the construction of jetties to redirect water and sediment within the bays, periodic dredging is the best way to maintain functional channels.

More long-term solutions could reduce the need for regular dredging, but it would take years to complete feasibility and environmental impact studies before such projects could be undertaken.

Area fishermen said that as more boaters take advantage of Delaware’s waterways, more incidents of boats bottoming out are inevitable.

Those who boat need to know how to follow the channel markers and be aware of changes in the water during high and low tides, they say.

White Creek and the Assawoman Canal, which connect the Indian River Bay with the Little Assawoman Bay, are a particularly tough spot for inexperienced boaters, several said.

Sen. Gerald Hocker, R-Ocean View, said that he had been advocating for increased spending on dredging “for 17 years and with three different governors.”

“I was raised on White Creek. It used to be very clean – the water was good, the clams were good, and now you’re not even allowed to take a clam out of there,” Hocker said. “Many of the boaters have stopped boating in the area because if it isn’t high tide or close to high tide, you can’t even get your boats out.”

White Creek is at the top of DNREC’s list of priorities with regard to dredging projects.

Although the legislature has allocated the funds to begin dredging projects, it could be well over a year before work can commence, especially because most dredging must occur in the winter.

Delaware does not perform dredging in-house, so bids will have to be submitted from outside contractors — a long process which is highly unlikely to be done in time for 2021’s dredging season.

In the meantime, Clark Evans recommends boaters have a thorough understanding of the navigational challenges associated with Delaware’s inland bays.

Evans suggested boaters study navigational aids using online resources like YouTube. “You could go on YouTube and in a matter of an hour or two, know everything you need to know about how to use navigational aids.”

“Navigational aids are there for a reason,” Evans said. “You wouldn’t hit the road without a map but far too many boaters hit the waters without a chart.”

Hocker said that in many cases, the navigational aids aren’t always accurate because of shifting seabed and it’s important that navigational aid improvement comes hand in hand with dredging.